Skip to content
One of these days you’ll see how we use these figures in the game.  For the most part, you can fit a couple of rooms of dungeon hastily scrawled on a letter sized piece of paper.  That means drawing furnishings right on the page, but once in a while it’s nice to give the players something 3D to look at, and to let them know that something is up. These remains figures work great for giving the players a clue to the presence of a trap. Throw one of these down in the middle of an unremarkable room and they may rush to loot it once, but the second time they see these, they’ll know to tread with caution. 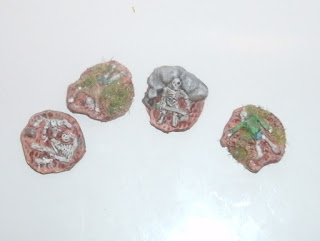 The dragon skeleton will most likely be a red herring – something to give the players pause, but not something that will have any direct effect on them.  That giant snake, though, that’ll effect them good and hard.  The red black and gold coloring is that of a coral snake, one of the deadliest in the world, but the pattern of colors is all fantasy.  Biologists and herpetologists may roll their eyes at the pattern and scoff at the idea of coral snakes in the desert, but not using the bog standard green-with-maybe-some-yellow-highlights coloring helps this snake stand out. 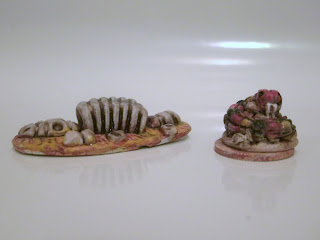 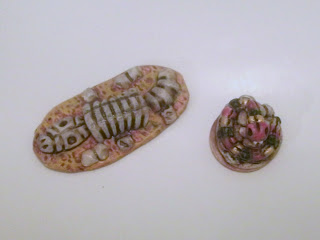