Continuing on from yesterday’s discussion on suppressing fire in Black Ops, but the same sort of thing happens in a number of wargames where the condition of a model is left ambiguous until that model next activates. 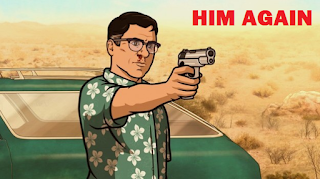 So there you are, staring at the table where your opponent has just laid down a barrage of suppression fire on the fire team that represents the tip of your spear.  Four hits total, which results in your squad…well, being suppressed.

In Black Ops you have a couple of choices.  You can take the fire, which means those suppression markers become actual hits – roll to wound.  You can pull back into the nearest cover directly away from the shooter, which means those markers just disappear.  Or you can do nothing until that fire team’s next activation.  If they do nothing, the markers disappear.  That last choice effectively results in that fire team losing a turn.

Here’s where it gets interesting.  The fire team doesn’t have to choose which one they do until their next activation.  Given that this is a card driven activation system, that could be a while.  The rest of your platoon could be off running about, shooting up the place, tossing grenades, and generally having a grand old time as the tip of your spear sits there, hovering in that not-quite-hit-not-quite-run-off state.

At least until their card comes up and they have to make a decision.  Then everything snaps back into focus as we open the box and find out whether the cat is dead, suppressed or run off.  It’s like a mini cliffhanger built right into the middle of the game.