Skip to content
Are these good guys or bad guys?  Sometimes it can be hard to tell.  They are all from the DemonWorld line of figures, that’s for sure.

That center figure could be a male or female.  You don’t often see that kind of versatility. 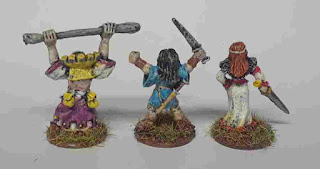 These two fellows are the worst kind of good guys.  The one on the left is the Supreme Dark Lord, as evidenced by his shield emblem.  (It’s actually a Dark Paladin figure from Ral Partha Europe.)  His minon, a Vile Faceless Minion, is a Black Knight figure. 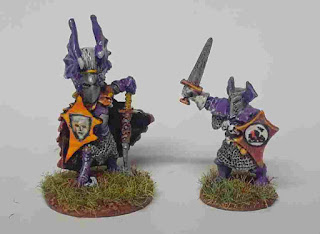 One of the things that slowed my figure production over the last several months was the recording of a number of audio books for Castalia House, including a number of books by Martin van Creveld, a John C Wright book, and a pair of excellent short story collections.  Reading Jerry Pournelle in high school you would have bowled me over if you’d told me that one day I’d be professionally reading his works.  Truly an honor.  It’s also an honor to work with Vox Day and serve alongside his Vile Faceless Minions.  So much so, that I stole their logos for the above figures.

But this isn’t all about advertising my professional work using my hobby blog.  Rest assured, there is madness to my method.  The money earned from my audio work has been enough to fund a fairly major project that I’m excited to share with you lot.  I’m still in the planning, purchasing, and preparation phase, but rest assured that you’re going to see some major new additions to the blog before too much longer.
Meanwhile, here are the SDL and his VFM, heading off into the sunset. 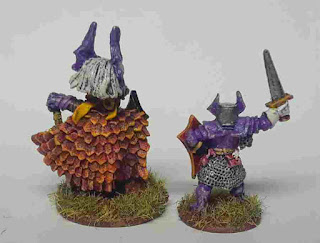