Reading about an RPG session from the point of view of the guy running the thing is a new experience for me. Jeffro does a stellar job over at the Castalia House blog with his after-action report of a recent game of Gamma World (First Edition). Usually, yours truly is the guy writing up the gaming reports. Learning that the whole sessions was essentially generated on-the-fly was a surprise. One fight against a wandering monster felt random, but the rest of the session could have been ripped straight from the pages of an over-written TSR module. 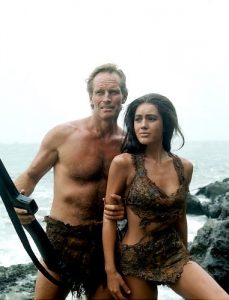 Speaking as a DM, I know how hard it is hard to track the passage of time during a game session. No doubt Jeffro felt like he was juggling kittens trying to keep things moving, but as a guy on the other side of the screen, nothing felt rushed to me. Part of that may have been the online nature of the process, but the real issue likely has more to do with the old school feel. The more I engage in OSR play, the more sedate they feel. Modern games feel like action movies – they have a constant hustle and bustle to them. The older games I’ve had the fortune to sit in feel far more like a smoking club – a group of guys sitting around a table discussing the events of the day. The question at hand during this sessions was always one of discussing what certain events mean, and how we as a group formulate a response. Which is a welcome change to the constantly shifting spotlight of more modern games.

The more modern games that I’ve played in over the last nearly two decades have all been predicated on a “what about me” paradigm. The sessions are carved up into rapidly shifting spotlights where I go, then you go, then he goes, and everyone either frowned on the sort of tabletalk that dominated our Gamma World session or everything ground to a halt as we found ourselves in increasingly untenable combat situations that required input from everyone before any figure moved even five feet.

For most players – and myself as well – there is something visceral about the tactile nature of the game. The dice and papers and reference books and other accoutrements are as much a part of modern gaming as the imagined actions. Removing all of that to cut to the heart of the game worked great in an online Google hangout. I’m not sure the “DM rolls all dice” would work in a table setting, but I loved it here. It opened things up in a way that just plain worked. As a result, what I thought would be a one time lark, quickly forgotten, keeps drifting through my thoughts at odd hours.

It’s easy to see why the OSR took off. It’s a very cerebral way to play a game that was already more cerebral than most.