With thanks to the humble and brilliant king of the airwaves, AetherCzar, allow me to recommend a host of great reads for your digital shopping carts.  There are a lot of works on this list that have been moved from my “sooner or later” pile into my “bought and in the queue” pile.  The ones that I have read from this list have ranged from the merely satisfying to the pleasantly excellent, so have no doubt that you can’t go wrong with any of them. 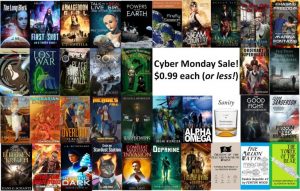 For ease of reference, here is a Twitter thread with links to all of the authors involved in this Team Effort to bring you the best of sf/f.

Consider it a little something to help keep you warm this winter.