Brian Neiemeir over at Kairos has been doing the blog-post convo that we’ve seen so little of since the great Twitter migration.  This time around, he’s doing a deeper delve into a tweet-thread done by Ben Kai Wai Cheah:

With all respect to Ben, this explanation puts the cart before the horse. It’s not that men don’t like to read. We know they love to read. Male-targeted fiction dominated pop culture during the reign of the pulps. It took frustrated lit fic authors-turned-editors at NYC houses to suppress men’s adventure fiction and usher in the pink revolt.

As usual, Kairos is a hotbed of stellar commentary and discussion.  My own contribution is worth expanding on a bit.

The dirty little secret here is that women go where the men are. Fempub doesn’t want to admit that they had to seize the reins of The Star War, Marvel Comics, and even D&D… because women gravitated toward those institutions. And not for their intrinsic value, but because that’s where the men were.

We’ve all known those women who use trying to be, “One of the guys,” as a Trojan horse to inject more relationship drama into things – the Devil Mouse is just doing that on a national scale.

We may be living in a golden age of publishing right now – an age when even massive niche cultures like “mens adventure” can find an audience, but that’s only thanks to the data avarice of one man: Jeff Bezos.

That man loves his data far more than he loves anything else, and he has already weathered numerous attacks by the usual crowd of digitized antifa punks.  They know what we’re doing here, and they want us to stop.  They know that masculine fiction that appeals to the masses will outcompete their sick propaganda, and they want it to stop.  Someday, perhaps even Amazon will fall, and then we will have to find another way to circuit around the blockage.

Who knows what that will look like?  It might mean a thousand mom-and-pop shops like that of my own publishers Castalia House and Silver Empire.  It might mean swapping crypto for emailed EPUB files scrubbed of identifying data to avoid the digital firemen.  It might even mean posting stories on chans for nothing but a few scraps of e-celeb.  Hard to say at this point.

Rest assured that your humble host has no intention of slacking off.  This whole enterprise what we rebels against modernity may need to morph and evolve into something unrecognizable, but so long as there remains a single conduit by which I can offer you thrilling tales of heroism, romance, and daring, I’ll be doing my best to keep the adventure flowing.  Stay on your toes, and be ready to adapt with us.  We’re going to win, we just have to be smarter and more flexible than the opposition.

And that won’t be too hard.  They aren’t sending their best. 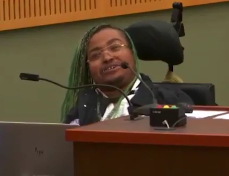