Lost In Space, Part the First

At first glance, the premise of Space Family Robinson seems like an easy premise for a long running TV show. You’ve got a core ensemble cast wandering the wild frontier looking for a way home. Throw in a cocky young pilot, a cowardly and selfish professorial type, and a dumb as a box of servos robot for a heavy, and you’ve got everything you need to generate countless hours of action, drama, and suspense.

Unless you are Netflix.

And then you look at the wide-ranging scope of exploration, discovery, adventure, and think, “That stuff will serve as an excellent backdrop for what really matters – interpersonal rivalries, politics, and bickering between and among every member of the cast.”

It’s worth noting that after consuming the full initial run of Lost in Space on syndicated reruns in my youth, I’ve only since watched one or two episodes plus the ill-fated late 90’s reboot film. In my memory, this was a show about a loving family recreating the courageous pioneer journey to California while saddled with the liability of a cowardly and irascible uncle. The threats, aside from Dr. Smith’s natural inclination toward self-preservation, were largely external and presented enough problems for the crew of the Jupiter Two that the writers didn’t have to devote large chunks of time to the marital problems of the Robinsons. I could be wrong – nostalgia is a hell of a drug – but that’s how I remember things going down. The Jupiter Two would struggle to land on a planet, the crew would struggle with a new alien world and its threats while effecting repairs, and the process repeated with new planets and new threats.

Netflix’s Lost In Space chooses to focus on the relationships. And that downward and inward-looking view of the premise results in a show much like any other. The Robinson’s could be living in surburbia for two-thirds of any given episode. Their personal problems are tedious and stale and worldly. They are done reasonably well, but they run at odds to the fundamental premise of the show. They are Greeks hiding inside the wooden horse of a grand sci-fi adventure.

The grand sci-fi adventure, the afterthought shoe-horned into… Lost in Space… on the other hand, is very well done.

Through the first half of Season One (my current status) we get a few glimpses of an Earth slowly falling apart. We are teased with the threat of a meteor strike. Half-face respirators are nonchalantly worn while out and about during casual shopping trips. References are made to lethal home defense measures implemented, you know, before.
We get glimpses of a massive colony ship attacked by aliens… maybe. It all happens too fast and with too little shown to form any solid conclusions. Which makes the introduction of the menacing alien robot and his ex machina solutions to many problems feel as threatening as it is reassuring. The mystery of what happened to the Resolute and what role the alien robot played in its falling into a wormhole and thus half-way across the universe exerts a powerful pull on this viewer.

We get an alien world filled with near-earth biomes and the concomitant near-earth threats. We get badly damaged spacecraft and runabout vehicles that have limitations, and we get the star of the show, Don West. One of the bright spots in the cast, he’s the one character that signed up for an adventure that doesn’t spend all of his time complaining about having to go on an adventure. He is fun and excited and interested in what’s going on around him in a way that nobody else really is. Not only that, but with his observation that, “Everybody thinks [Space California] represents a fresh start without all the troubles of the old world. But everybody just drags all their old problems right along with them.”
He might as well be speaking directly to the writers of the show.

Which brings us to the elephant in the room. That one aspect of modern media that has to be vivisected after viewing any Hollywood production.

Hoo boy is this tedious. 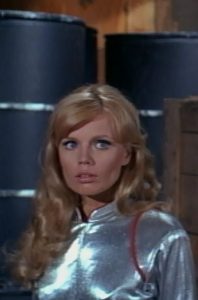 Let’s start with the standard issue badass black chick. This time around it’s lovely and vivacious Judy, the eldest Robinson daughter, who gets swapped out for an adopted eldest sister who excels at everything she ever does. An athlete without the build for it, and a doctor at the age of 17, she is indomitable and unstoppable. Until the writers subvert your expectations – in a good way – by having her make a huge blunder early on and confront her own mortality thanks to her misplaced confidence in her own abilities. Woah, wait, what? Hollywood actually shows the standard issue badass black chick screw up, suffer an internal crisis of confidence, and show an ounce of weakness?

Knock me over with a feather.

They also acknowledge that her excellence bears personal costs, as it opens up space for her younger sister – a ginger who managed to survive Hollywood’s gingercide – to deal with life in her perfect sister’s shadow. Appropriately enough, I can’t recall the younger sister’s name, but she gets credit for being lonely, for wanting to escape the ship and have adventures, and for being a little boy-crazy. She is a teenaged girl who thinks and acts like a teenage girl, and it works within the context of the show. She is fun and feminine and natural and likable. An amazing combination in these days of the late-stage Hollywood empire.

Next we turn to Mama Robinson, the super-smart engineer and military wife who stepped into the leadership role left by her husband’s frequent military tours of duty. Though shown as a stubborn and ruthless wrench-turner, events transpire that force her to confront the reality that without the strength and experience and wisdom of her husband, the family wouldn’t stand a chance. This aspect of her failures as a person is only highlighted when she says stupid things like, “You know I don’t like guns,” to her Marine husband – and here we have to pause for a moment to remind ourselves that she says this on a ship marooned on an alien world filled with alien threats, one of which may have just adopted her son as his personal bodyguarding mission. It’s clear that despite all the dangers she still hasn’t realized that civilization is gone. Her husband, patient and stoic, heroically stands by her side and waits for his super smart wife to realize the obvious. And the last half of that sentence isn’t a dig at the show – that Mama Robinson is clearly more at home with machines than people adds depth to her character. 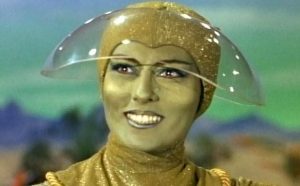 This post is already running long. Take that as a solid recommendation for the show. Despite its many flaws, it manages to inadvertently cobble together a kind of throwback show that melds the best of 1960s pioneering TV with the production values and more subtle relationship drama of today. And it does it without smearing too much identity political icing on the adventure show cake.

Next time we’ll look at the men of Jupiter Two, and how Netflix got them right and so very, very wrong.