Lost In Space, Part the Second

Continuing from the last post, we’re observing how Netflix’s Lost in Space somehow manages to dance through the raindrops of identity politics without getting all wet. Today we’re going to look at the menfolk.

So we’ll start with Doctor Smith, played by the restrained and menacing Parker Posey. This Doctor Smith isn’t a coward – she’s a she this time around so that wouldn’t fly – she is a pragmatic opportunist who is also physically weak and incredibly manipulative. So the gender-swap mostly works. Much like the 1990s film, Netflix doesn’t mince around. This Dr. Smith is evil. She is a callous, thieving, murdering scumbag who manages to hide her nature from most people until it is too late. She and the mystery of the robot’s nature and genesis provide a layer of menace and inter-party conflict that could have carried the show all by itself.  She is a villain more than a mere foil, and watching her navigate through the labyrinth of her lies reminds my very much of watching Nina operated in that that old spy-adventure show, 24. 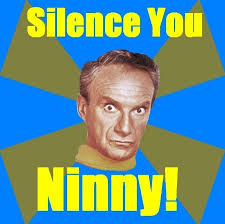 The robot, following the usual modern overcomplication of things, melds a mechanical and organic framework to update the bubble-headed booby into something fare more menacing.  This isn’t so much a boy and his dog as it is a boy and his unlicensed nuclear powered velociraptor.  It moves with a fluid awkwardness that never lets the viewer forget that what you’ve got here is not a man made tool, but an otherworldly thing.

The show stumbles with its portrayal of Will. Once the irrepressibly confident wunderkind, he now forfeits that role to Doctor Judy, and to avoid the redundancy the writers make him an average kid. He is cautious to a fault. Incurious. Baggage meant to be rescued and unable to perform under pressure. A weak link only on the mission thanks to Mama’s machinations with an unseen agent, he is dull and without serving as a hook for the robot’s interest in the family, he serves mainly as valuable luggage. Disappointing, but expected.

And now, at last, we turn to the heroes of the show.

Papa Robinson is a genuine badass. He doesn’t just ape heroism, he inhabits it. When he puts his wife in her place by pointing out that, “We don’t all have the luxury of working to protect just our own little corner of the world,” we see that this is a man dedicated not just to being tough for the sake of being tough, but a man for whom being tough is just a step on the path to doing good. He leaves his family at a fragile moment in history to fight for something greater – for a better future for everyone. We see this time and time again, when he leads his family by standing in the breach and choosing to dive into danger to protect them. He is strong and worldly and wise and loving and oh man is this really a show created by Hollywood? His biggest weakness is that he wasn’t home for his family everyday because he was gone fighting for their safety elsewhere? 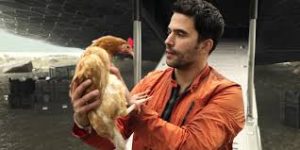 And then you’ve got Don West. Here’s a guy who claims to have signed up for the colony mission strictly for the money, but as the show trundles along its clear that he’s really in it for the excitement. And the money. I’m not going to talk too much about specifics because I don’t want to ruin any of his fun surprises. At one point early on, Doctor Smith blabs the whole reveal by observing that Don affects an aloofness, but that deep down he truly cares. One example serves to illustrate the point. He saves a chicken from a deadly obsidian hail-storm, professes he did it to save for dinner, and then later reveals that its now his lucky chicken*. He’s the lovable rogue with a heart of gold, and ultimately his exuberant humor and wholesome desire to do the right thing (while maybe taking a little cut off the top) makes me long for the Don West show. He is exactly the kind of hero that Hollywood has promised and failed to deliver for decades.

And you want both of those by your side if you want to escape from a deep gravity well, rendezvous with a mothership that may or may not still exist, and somehow find a way back to your new home on Alpha Centauri.

Remember that? Remember how they crashed on an alien planet? Sometimes the show forgets. Who cares about fuel drinking worms the size of your leg or dinosaurs barely seen through the trees or ship-eating glaciers or razor rain or magnesium volcanoes or any of the hundreds of other threats and beauties of a hostile and wonderful alien planet when we can fight about child custody battles…

The show gives us all of those things; it just parcels them out so slowly. We get rising clouds of pink phosphorescent flying jellyfish. We get camouflaged alien bugs and drippy, glowy fungus pods, and they are nice breathes of fresh air amid the oppressive relationship drama. The showrunners watched the idealized family from the original series and the focus on adventure and then tried to pull back, but overcorrected. They need to dial back the family drama and dial up the natural disasters and puzzle solving and engineering jury-rigged solutions.

That said, it’s hard not to root for this plucky little show. The diktats of the commissars of modernity place strict controls on what showrunners are allowed to show us these days. Despite those stringent requirements, Lost in Space has managed to squeeze enough crimethink past the censors to keep me interested in the show at least through the end of Season One.

It’s also just as cheesy as the 1960s version, but without the self-awareness.  They have all the same pseudo-science driven by plot needs, monsters of the week, two-fisted action, and forced melodrama.  The production values might have changed, but at heart this is still an over-the-top and unserious show that prefers adventure to deep introspection.

That’s not a complain.

My guess is that they’ll tighten the screws for Season Two. They will crank up the grrl power and turn Don West, space scoundrel, into a craven and selfish copy of original series Doctor Smith. My only hope is that his face-heel turn arises from being sick of the Robinson’s petty crap. Because that way I’ll identify with him as an anti-hero doing what I’ve wanted to do since Episode One.

*On a personal note, the chicken, Deb, has proven the high point of the show for my youngest daughter as it looks exactly like her own pet chicken Bolt. The question of whether or not they’ll eat Deb adds a layer of suspense to the proceedings for her that I can’t help but get swept up in. Your mileage, naturally, may vary.