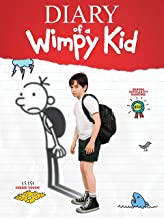 My youngest has taken to reading Jeff Kinney’s Diary of a Wimpy Kid series, and with a three-day weekend to kill, watching the films seemed like a great way to wind down otherwise active and sun-filled days.

What a difference a decade makes.

Honestly, the first one is a little hard to watch.  Hollywood’s slavish devotion to character arcs means that our hero Greg spends the first seventy minutes of the movie mistreating his best friend and trying to connive his way into popularity before rising to an existential threat and for once in his damn fool life doing the right thing.  They also shoved a pubescent Chloe Grace Moretz in here to serve as the jaded voice of adulthood character – a girl who does nothing but sneer at Greg and tell the audience why he is lame.  It’s a fine movie with just a few blemishes. 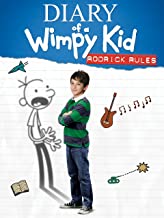 The second film, though.  In a rare feat, the sequel improves on the original.  By focusing Greg’s relationship with his older brother Rodrick, this film makes the antics of our central gamma, Greg, much more palatable.  Most of his problems are of his brother’s doing and not his own making.  Rodrick steals the show with his performance as an idiot who plays the fool to lull everyone into underestimating him.  He has a low cunning that replaces actual intelligence – a common failing among teenagers.  They fight, they work together, they learn valuable lessons about brotherhood.  Standard fare we don’t often see in these unstandard times.

Hollywood doesn’t make movies like this much anymore.  Set in a regular American town, the cast is mainly regular American people with the few foreign faces there to provide comic relief.  You’ve got a family completely intact and normal, who care for each other, and mostly look out for each other.  You’ve got jocks that aren’t jerks.  Pretty girls with empathy.  Nerds who are gross and unlikable rather than secret kings.  Fat kids who managed to be well liked because they are friendly and funny.  It’s everything Hollywood normally gets wrong about school settings, done right.

It doesn’t make any sense.  Films like this can be made cheap – they have no CGI, the stars can be no-names, and the settings are in literally every town.  Every American who has gone to middle-school knows how ripe they are for relatable drama.  The younger set loves them for that glimpse of what’s to come.  The older set loves them for that cringe-inducing reminder of how small and awkward they used to be.  Parents love them for that reason and because the age of the characters should mean safe material.  No sex.  Smoking and booze are still on the horizon.  Awkward flirting and social ineptitude are rife and understandable.  How hard is it to stick to that formula?

Instead we get trash like this, because screw you, America.

It ain’t about the money any more, if it ever really was.  You can retreat to old movies – we’ll always have those – but this is an industry that no longer serves the nation on which it feeds.  Enjoy Diary of a Wimpy Kid while you can, because we won’t be getting any more of them any time soon.