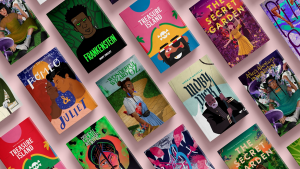 By now the immediacy of the Barnes and Noble failed experiment of woke-casting classical literature has faded.  These non-troversies rise and fall so fast it can be hard to keep up, so let’s have a quick recap courtesy of Penguin Random House and Barnes and Noble:

To kick off Black History Month, Penguin Random House and Barnes & Noble Fifth Avenue is partnering up to give twelve classic young adult novels new covers, known as “Diverse Editions.” The books will hit the shelves on Feb. 5, and Barnes & Noble Fifth Avenue will have the books on display in their massive storefront throughout the month of February.

Cancel culture wasn’t having any of that.  And Brian Niemeier already had his finger on that pulse as it faded to black.

No cult can exist without a satanic foil, and the Death Cult has fixated on the white devil. Unfortunately, the rank and file of the Cult didn’t get the fatwa their high priests issued. 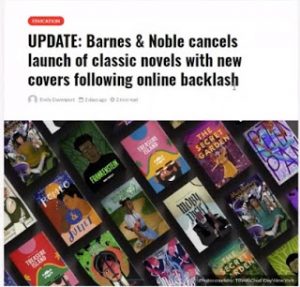 One thing that got lost in the shuffle of the wokecasting, the backlash, and the subpar artwork is that there’s a way to do this right.  B&N missed a golden opportunity to set a few things right.

Take, for example, the great Captain Nemo.    His most common name is a joke – a Latin translation of “No One”.  Verne originally describes the old pirate as having, “black eyes gazed with icy assurance; calmness, since his skin, pale rather than ruddy, indicated tranquility of blood; energy, shown by the swiftly knitting muscles of his brow”.  A vague description later embellished with the character’s background revelations in The Mysterious Island, where Verne indicates the man’s real name prior to hoisting the black flag was Prince Dakkar – and that he had orchestrated the Sanpoy rebellion in 1857 against the British Raj.

Boom.  Flip that Sikh version Jekyll and Hyde for 20,000 Leagues Under the Sea, and you’ve got yourself a useful correction and a reminder and everything that the woke crowd could hope for in a project like this.

Or take the way that Shelley herself describes Frankenstein’s monster, “His limbs were in proportion, and I had selected his features as beautiful. Beautiful! Great God! His yellow skin scarcely covered the work of muscles and arteries beneath.”  Had B&N chosen to portray the monster as Asiatic rather than urban, they could have launched some genuine conversations about reader’s self-insertion, and reminded the world that the text of these works matters more than the 20th Century Hollywood depictions.

That would have meant taking the ten minutes that I needed to google up descriptions of the characters in these books.  It would have required readers who know what they are talking about when it comes to written works.  And the people pushing this agenda are not serious readers.  They see books as a means to an end, not an end in themselves.

And looked at through that lens, one can only come away from this sordid mess with even less respect for the cultural tastemakers than one had last week.

So it’s worth remembering – don’t read anything written before 1940.