Merch! Something for the Hard Core Fans

The final stages of Captain Sudden’s adventures with his Space Princess are drawing near. The third book in the trilogy should arrive early this summer, and to help launch the conclusion of the tale, I’ve commissioned three new covers.  Here is a preliminary look at the new designs:

The other day my daughter, the Shredder, and I were playing around with logos for her heavy metal band, Iron Lotus.  We had the notion to head to one of those custom t-shirt shops and order up a couple of shirts with the name and logo, and maybe print up a few more to sell at the next concert. 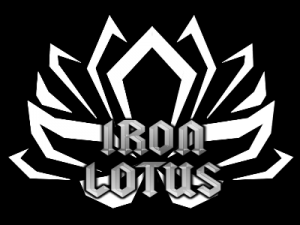 The wife wandered in as were working, and remarked that the design on the spacemud-flaps (or is that mud-spaceflaps?) seen on the new Sudden Danger cover would work great on a shirt.  She wasn’t wrong!

Thus was born, The Shirt:

When I showed this to a few close friends, they immediately asked, “Where can I get one?”

Which brings us to the commercial aspect of this Newsletter.  If you would like one of these shirts, we made it easy – and you can get one for the next week or so for 15% off as part of the grand opening of the shop.  Just set your clickers to Shredded Threads (link), choose your style, size, and color, and you’ll look great when the next big space-convoy forms up to stick it to the galactic smokies.  That or grab an Iron Lotus shirt – it’ll look good with your problem glasses when you explain that you were a fan of the band before they hit it big and sold out to buy their parents houses on a beach.

Speaking of there before the crowds, my newsletter subscribers got word of this last Friday.  If you want advanced notice of these things, there’s a little form right over there to your right.  Just enter your email to stay informed.