My hard copy order of Josh Howard’s T-Bird and Throttle arrived a week or so ago, and it got buried beneath a pile of other things. Last night, while zonked out on allergy meds, I reached for the shelf and the timing of grabbing TB&T couldn’t have been better.  It opens with a fake news outlet covering – and instigating – a riot that was built on false information. 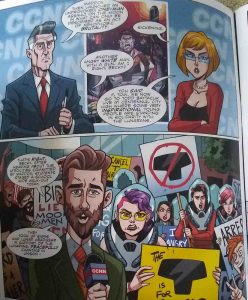 Psh, like that could ever happen.  So fake, amirite? 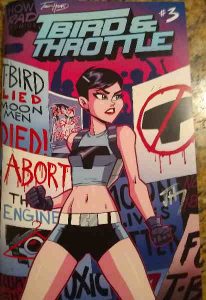 This short series has been a tremendous amount of fun, and there’s still at least one more chapter to go.  If you’re a comic book guy, give it a whirl.  Josh presents the story of a shining hero who squandered his early home life through a touch of vanity and a touch of hubris.  He’s not a bad guy, mind you, just one who got a little too swept up in the celebrity culture.  He had a lot of external demands placed on his shoulders, and as a result wound up dedicating too little time and energy to what matters most – his family.

In fine cape comic fashion, Josh presents more story in four issues* than mainline comics get around to in as many years.  His pacing is note perfect, with a nice blend of relationship drama blended with the punchy and fighty bits.  The relationship drama and the cape excitement support and reinforce each other, and are inextricably linked in a way that is natural and organic. 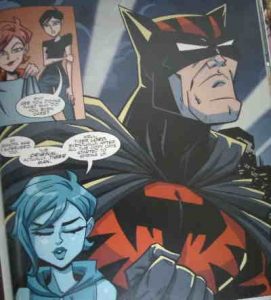 His characterizations are equally strong, and he manages to instill in the reader a touch of sympathy even for a cheating spouse.  He doesn’t excuse her behavior, but neither does he present her as a cackling monster – he leaves that to the mindless reporters egging on a destructive riot, and to the larger than life villains that show up to add to the chaos.

It’s an interesting mix of the new-school of story arcs with real emotional change and lasting impacts, and the old school method of a rogues gallery parade.  The art has a nicely vibrant and cartoonish look that helps convey the action and has a fun style all its own.  The throwback costume on Mr. Tiger shown here makes for a genuine homage to the golden age that fits within the framework of the Howardverse and reminds the reader of the best the medium has to offer. 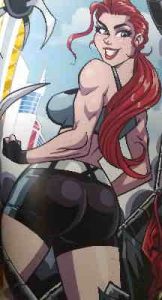 On a similar note, the book is rife with the perfect level of rated-g cheesecake, and perhaps beefcake though my proudly cishet eye can’t speak to that subject.  Never gratuitous, Howard never misses a chance to remind the reader that these heroes are the idealized version of humanity – strong and supple and just plain fun to look at.  It’s the kind of artwork that built the industry, but that would send today’s censors of mainstream comics reaching for the smelling salts.  Even better, the female heroes all get a chance to shine on their own – they never feel the need to denigrate the male heroes in the hopes of only looking good by comparison.  They can stand proudly upon their own goals and their own successes, and have better things to fight against than ‘muh soggy knees’.

It’s a refreshing change from the bland heroics that my local comic book store has on offer.

Between Howard, Lim, and Del Arroz, I’ve got enough comics that don’t hate me to keep me satisfied for a long time.