We have to shut everything down because it’s all about staying healthy, you see.

Which explains why you can’t host a running race on city streets, outside, with tons of spacing and in the bright antiseptic sunlight. 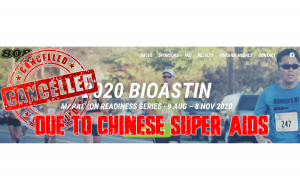 Let me walk you through this one.  Locally, the parks are open for exercise.  Kind of.

The local running/triathlon store operates a string of races that grow progressively longer throughout the fall, culminating in an relatively sedate half-marathon three weeks before the Marathon.  This year, they met with officials from the parks department to stage a mock-opening of the race.

These races always use chip timing to equalize things.  You wear an ankle bracelet that tracks the time you cross the starting and finishing lines.  The crowd at the start can get pretty tight, and with even a small number of people it can take a few minutes just to walk to the starting line after the gun goes off.  This way, we back-of-the-packers who take two minutes just to get to the line, can still get an accurate number for our run time.  Yeah, we aren’t going to be winning any prizes, but it helps to have that extra bit of accuracy to track your own progress year over year.

The good news is that chip timing means race organizers can stagger starting times and runners can practice social distancing even during the most crowded portion of the race.  You’re outside, you’re doing everything you’ve been told to do to keep Chinese Super AIDS at bay, and you’re getting a little exercise in the bargain.  Everybody wins, right?

So one would think.

The city, in its infinite desire to make people as miserable as possible, decided to cancel the event and the entire series.  They denied the permits and now another small business is taking it on the chin financially because “screw you peasants, we’ve got fears to monger”.

Meanwhile, in the land of our betters, this is fine: 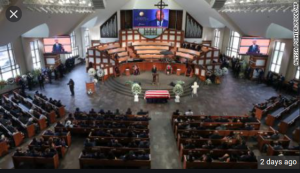 This is now the official position of our elected leaders: 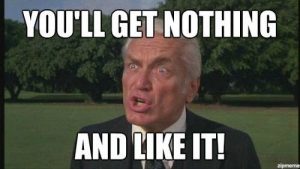 I’m going down to run that same nine miles that I do every year.

Maybe there will be a large crowd of decent people willing to run the route and damn the officials.  Maybe the cops will be there in force to turn us away if we aren’t wearing shirts that support domestic terrorist organizations.

We’ll see if I run alone.