Been thinking about this scene a lot lately. 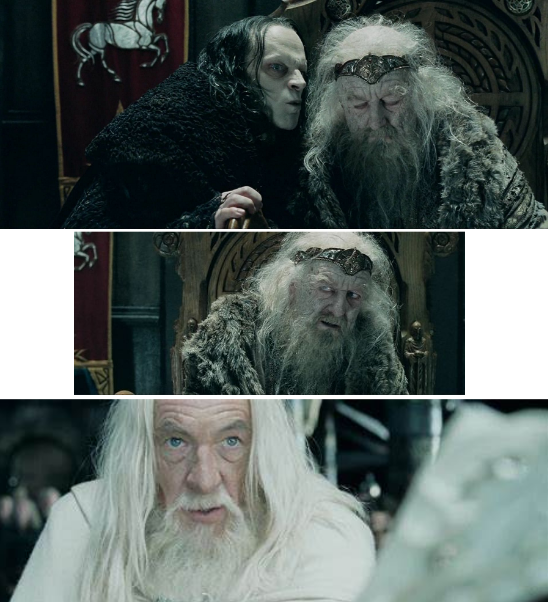 For those who don’t recognize the name “Hama”, he is the sympathetic loyal guard who stuck by his king even when Theoden was sick with a poisoned mind.  He clearly recognized the dire straits of his king and homeland, and yet rather than run off galivanting about the countryside playing hero, he stuck to his post and bided his time.  His was a different sort of heroism than that of dashing Eomer – a more uncertain heroism characterized by a quiet and steadfast loyalty in times of trouble.  And a part of me thinks that he knew exactly what he was doing when he let a well-armed Gandalf enter the presence of his king.

He did what he could when he could.  And for most of us, that’s the most we can do. And if enough of is do it, then we’ll be all right in the end.

Seems like an important scene with particular relevance just now.