I’m not paying much attention to the Current Big Thing, but you can’t hardly escape it.  It dominates conversations around the national water cooler (read: sociable media) and word filters through my tepid defenses.  Looking at conversations around the Global-Homo Sports Cavalacade and Babel Tower Pre-Game Show, it’s clear that Americans are getting better at sniffing out the fakes.

My first awareness of this refreshing phenomenon came about when the Death Cult’s reliable stooges began to complain about American antipathy toward certain parts of the American Olympic team.  He lambasted half of America for laughing at the antics of the US Team’s headliners with a perfunctory shaking of his fists at the sky and tiny scream of, “Blumph!”

For decades we have been told that rooting for your own nation’s success in the sporting world is a sign of backward thinking Nationalists who eat their own boogers.  We should be rooting for everyone around the globe, and not supporting our own kith and kin in their endeavors.  We are citizens of the globe, children of gaia, and all is one and no one is better than anyone else, except that American isn’t so great. 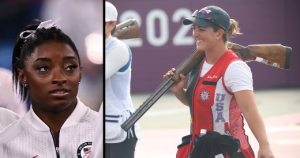 Until now.  Now that the globalist projects are crumbling around them you are obligated to root for the American team with all the fervor of a Two Minute Hate.  Not rooting for Americans, even boorish and cowardly ones, is a Very Bad Thing. Let’s go to the instant replay, shall we?

The latest “It Girl” was supposed to prove to those terrible troglodytes in flyover country that America’s future success lies in the hands of tiny, squat, belligerent women.  When said spokes-dwarf quit on her team at their hour of greatest need, the Fake News press spun into high gear, characterizing the greatest gymnast of all time’s melt-down as a heroic stand and important message in support of crazy sociopaths everywhere.  Naturally, they use the words “mental health” rather than “those with sociopathic tendencies”, but tomayto tomahto. 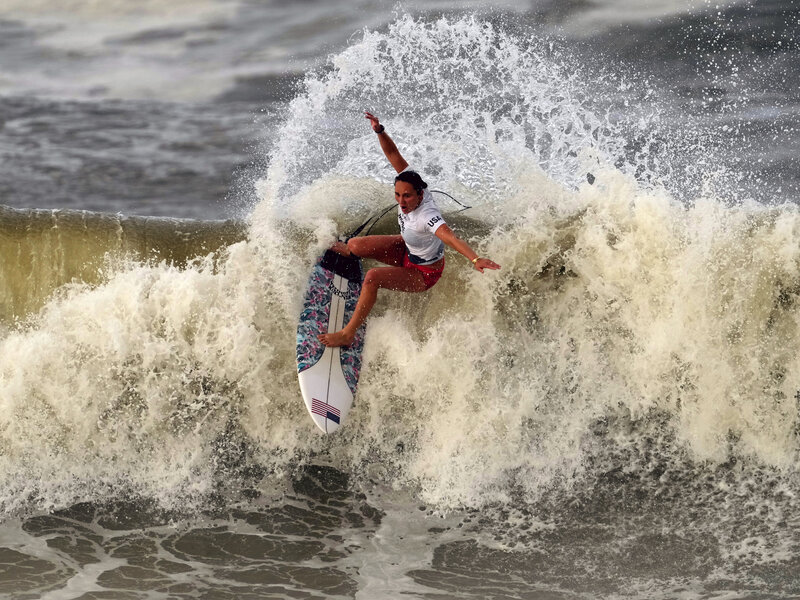 But there’s a thing we’re not supposed to notice here.  Americans still love to see their fellow Americans succeed – at least, those who don’t clearly hate both Americans and themselves.  While sitting in waiting rooms, browsing social media, and talking to family, it’s clear that Americans love watching the people who represent them win.  There’s a kid from Alaska swimming up a storm.  The gal in the right-side of the picture above is Amber English, a skeet shooter from Colorado who has yet to appear on a box of Wheaties.  Here’s Carrissa Moore winning the first surf gold ever.

And despite what the idiots in the US Senate think, the difference between American cheers and boos has nothing to do with Trump.  It has to do with a desire for openness, honesty, and genuine achievement.

They might not realize it.  They might not have sat down and worked through why they feel such disgust at the faux-Americans competing under Old Glory*.  But deep down, they know.  They feel it.  They hate the neoBabelists, and the neoBabelists can feel that hate with every boo.  And it terrifies them.  Hence the schoolmarm scolding.

Amid all of the Death Cult pageantry and Pomp, the Gods of the Copybook Headings begin to flex.