Skip to content
One thing about “Black Ops” that still gives me pause is the concept of ‘raising the alarm’.  In one sense the game has dual-states; either the defenders are unaware of intruders or they are not.  Unless individuals become aware, and then the question arises of what it takes to raise the alert for everyone.  My understanding is that the first guy to be alerted can wake the leader, who then moves about unaware of threats unless he passes an observation check.

That leaves a lot of activations in play where the attackers can set up a nice little ambush.  Three-quarters of the defenders are stuck in their house or off-board.  It tilts things really heavily in favor of the the attackers, and it is only when you have an objective buried deep inside a building or the attackers have the poor luck to find their objective on the last marker on the board that things balance out. 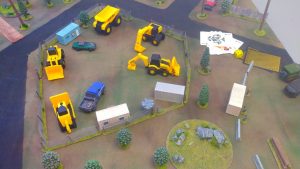 Which they might in the long run, but on the short run it can make for some seriously short games.

But then, I guess that requires a lot of luck on the part of the attackers, and is perfectly in keeping with the source material.
Making Adventure Fiction Great Again
Subscribe today to be first to hear about my new release, plus receive a copy of a free fantasy novella!
Follow