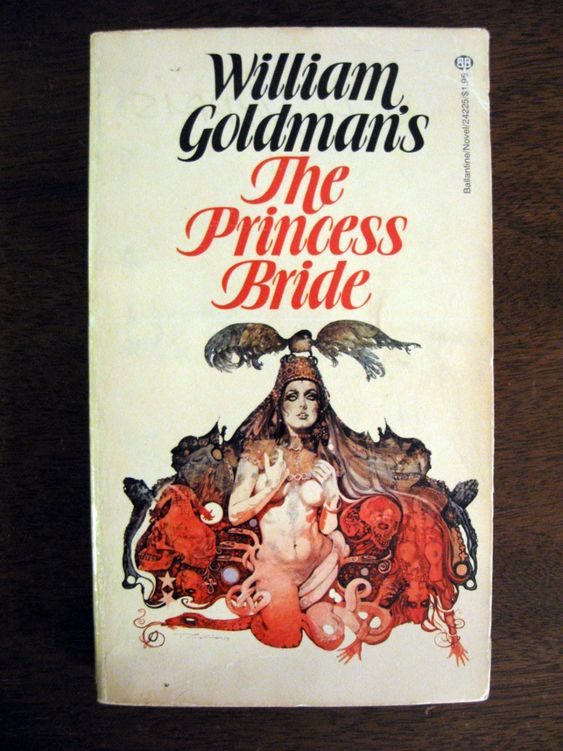 We gotta talk about The Princess Bride for a minute.  It’s a book that gets a lot of praise for mostly the wrong reasons.

Goldman’s tale of adventure and romance is one of those odd deconstructions that manages to recompile the genre that it is deconstructing, and it does so in a very loving way.  It isn’t campy, even though it manages to both mock and revere it’s subject matter – that being the fairy tale romance – at the same time.

Even better, the novel includes a strange amount of meta-content wherein the author tracks down the “real” Princess Bride novel that his Dad read to him, only to find it a dry and dusty tome filled with irrelevancies.  Turns out Dad was protecting him from a lot of garbage that didn’t really matter.  It’s a heavier take on the meta than the ‘tale within a tale’ that the film uses with Fred Savage and Peter Falk, and the book would be fine without it except that the meta aspect provides lessons all on its own.  Not only that, but if you watch the movie and then read the book, you get the same experience as the book’s narrator, that moment of “wait, this was here and I missed it all this time”?

Fathers protect.  That’s a powerful message that the film was too chicken to include but I digress.

Speaking of digressions: A friend pointed that out in a group chat and I lost the reference.  It was probably either Daniel J. Davies or P. Alexander.  They are smart like that.

The conversation kicked off with this bit of pot stirring from my favorite pot stirrers: 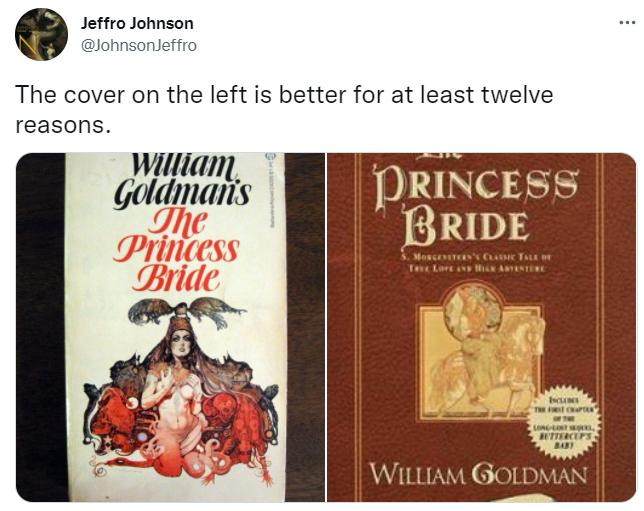 The thing is, boys don’t actually mind a little romance in their adventure fiction.  Even Luke Skywalker got to kiss the girl before engaging in some vine-swinging across a bottomless pit.  The hero getting the girl is the whole point of most of the exercises in heroism, after all.  And a book and film like The Princess Bride lampoons that, while acknowledging it.

And then the winninz get involved.

Only one of those holds any appeal to a red-blooded adventurous young lad, and we all know which one it is.

Every time you hear somebody ask, “Why don’t the boys read?” you should remember this novel.  It’s not because they don’t want to, it’s because they are actively discouraged from doing so.  The discouragement ranges from covers, to marketing, to content.

They don’t want boys to read.  For reasons that others have discussed at length.  Reading leads to thinking.  Thinking leads to questioning.  Questioning leads to independence.  Independence leads to freedom.  Freedom leads to God.  And there’s nothing they hate more than that.

And they’ll even go so far as to mock anything that might lead them one step closer to God.

And lest you think I’m being hyperbolic, allow me to leave you with this:

If that’s too many words, consider this:

Don’t be “better than this”.  This is a fight worth winning.

Demand better aesthetics, and walk away from anyone who won’t give them to you.