To Napoleon’s surprise, the Austrians decided in early 1809 that Italy belonged to them.  In April of that year Archduke John launched an attack against the northern reaches of Italy, hoping to catch the French forces flat-footed.  He succeeded, but his counterpart, Napoleon’s adopted step-son Eugene opted to give battle before waiting for his scattered forces to converge on the town of Sacile.  The result was a French attack through marshes that literally bogged down before the men could reach the Austrian held-heights.  Both commanders recognized the vulnerability of the French forces, but Eugene managed to “strike first” by retreating in good order.  He saved his force, but the myth of French invulnerability had been shattered.

Pordenone is the Austrian line of retreat.  If the French secure control of Pordenone, they immediately win. 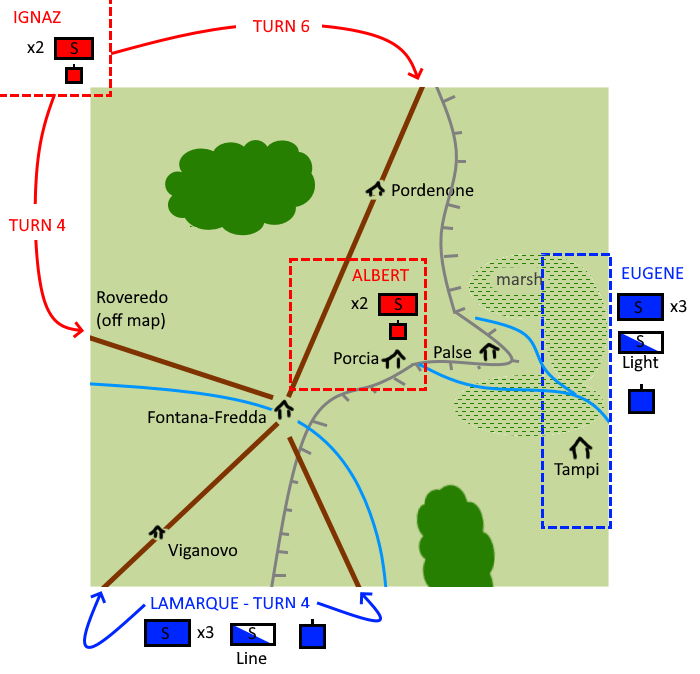 Austrian Forces deploy first in the vicinity of Porcia

Once again, I need to close by tipping my hat towards the guys over at Napoleonic Scenarios.  All I did here is adapt their version of this fight to the Absolute Emperor ruleset.  Blame me for the bad parts and them for the good.