I’ve been talking up Faction Play as a critical node in successful role-playing games for long enough.  It’s time to throw my hat in the ring and show the peanut gallery how easy it really is.

The game is being run by the mad lad behind The Last Redoubt, and I have no idea what I’m doing.  The good news is, I don’t really have to – I have people for that.

Which is really good news because I have only sketchy knowledge of and no experience with Traveller in any of its iterations.  Nor do I have any experience with The Stars Without Number, the game on which the Patron play is loosely based.  The best news of all is that I don’t have to.  At the Patron level, you’re really just steering an NPC group in order to generate conflict that the GM can use to drive the action for the guys sitting at the table.

After a bit of back and forth, the GM realized that a part of my decision to adopt the affably charming and dim-witted Elan Beelebrox had to do with my hesitancy to fully engage with a new rule set bolted on top of a different new ruleset.  He helped me along by assigning me Yoyodyne OmniSystems as a Faction:

The company with explosive and controversial presence in many industries including entertainment, mining, and weapons development.

That of course led me to read the Thomas Pynchon novel from which he took the name – hoo boy was that an experience to forget – which led me to retreat back to Buckaroo Bonzai comics.  Between the three books, I’ve got enough meme-fodder to work with on the front-facing social media side of the game for years.

I have no idea how this will go as yet.  You might see some front-facing information here.  There might be a month’s delay on some intel, as we will be using a 1:1 timekeeping method in this campaign.  All I know for sure is that it’s going to be quite an adventure.

I hope you’ll join me for it. 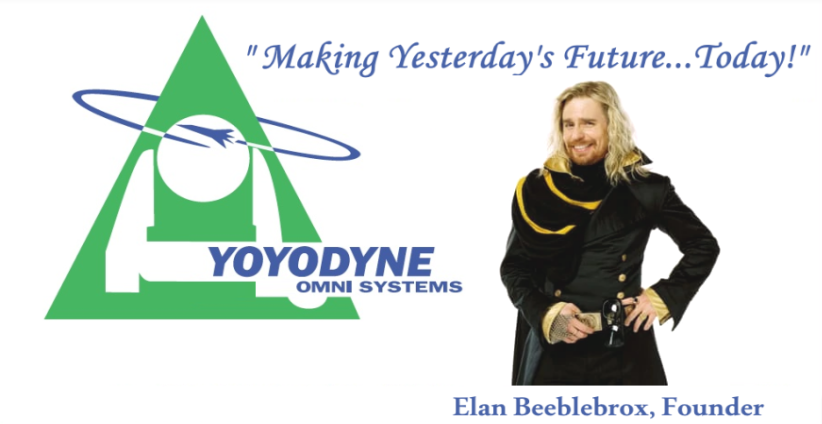 Tags:traveller, Yoyodyne
Making Adventure Fiction Great Again
Subscribe today to be first to hear about my new release, plus receive a copy of a free fantasy novella!
Follow