Our third army takes the field, and this time it’s all infantry.  Dead infantry, that is. In the war game Dragon Rampant undead can either start the game on the table, or they can be summoned by a wizard.  In addition to the figures to follow, I painted up a few spawn points. 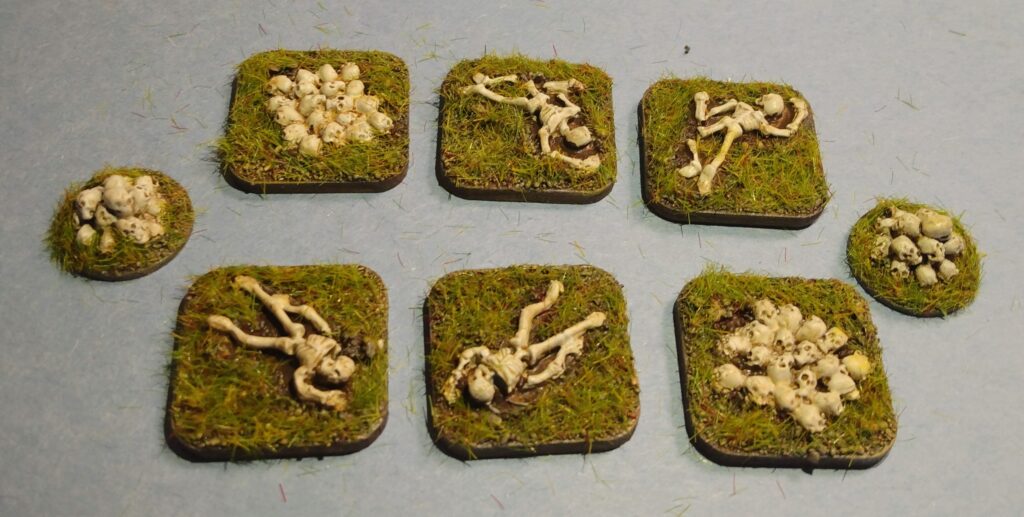 Normally your Summoner has to pass a check in order to bring a unit onto the table. I thought these might make great spawn points, that either allow for a plus one to summon, or allow for an automatic summoning with the catch that the summoned unit appears at a random location. That gives you an interesting tactical choice, without necessarily unbalancing the game.

In the one game I’ve played with undead so far, I found the Summoner’s choice between moving and summoning to be limiting and unbalancing. The spawn points are my attempt to counter that.

As for the figures, I already had a few undead for skirmish war gaming. So with the addition of another 85 figures, I now have a full army. And what an army it is.  The photo above this paragraph is the one unit of shooters, and I’ve taken shots of the different versions of spearmint available.

These can be fielded as a mixed assortment when all of your spears are the same type of unit, or you can mix and match a bit. The photo below would make a fine unit of Light Foot.  The spears with shield and armor are easily distinguished as Heavy Foot.

And of course what’s an undead army without lots and lots of shambling zombies?

Here’s the full army laid out for display. With just the basic troops this amounts to over 30 AP of units. By adding Fear do a couple units we can easily bump that up to more than 40 AP for those truly big battles. 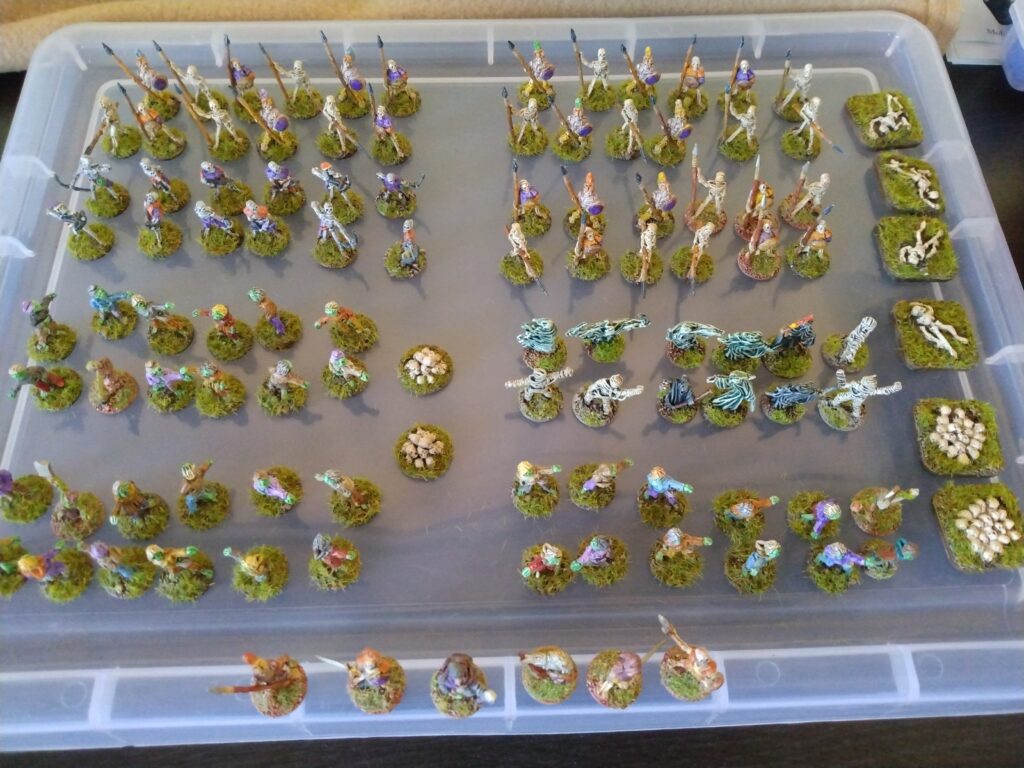 And We will wrap up with a shot of our summoner in his Elite Foot guard. 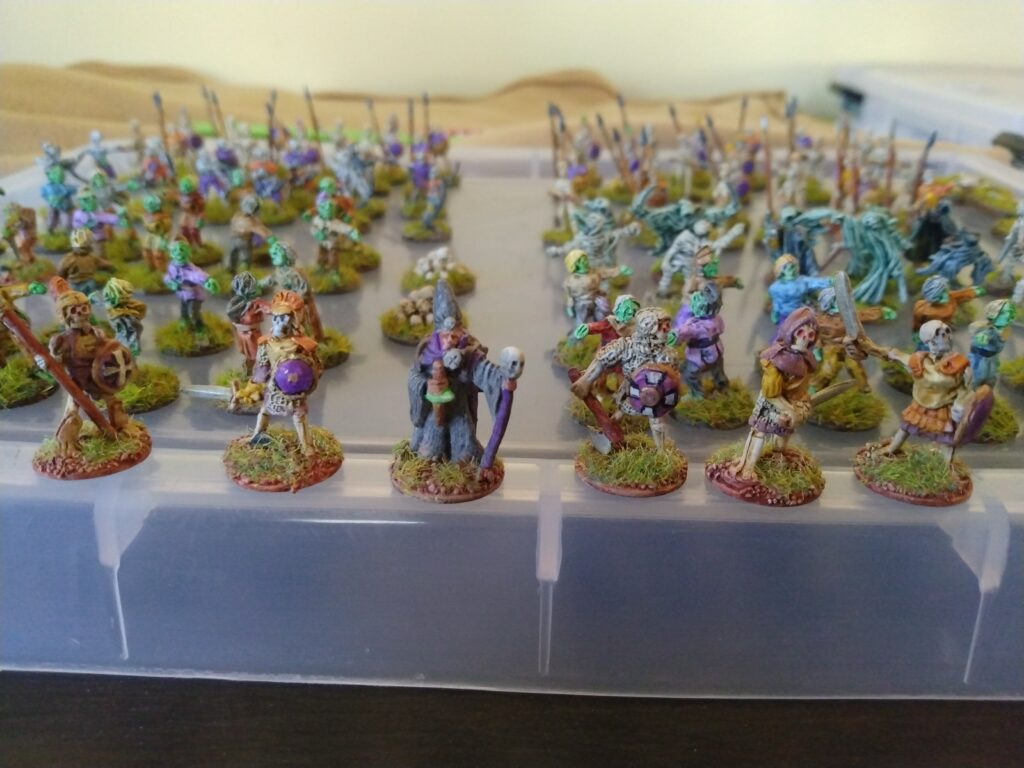 With the exception of that seminar, a Splintered Light figure, all of these are from Alternative Armies. They are inexpensive, great scopes, and the customer service can’t be beat.