Chris, over at the Hill Cantons has a great post up about Special Snowflakes.  Really inspirational stuff.  Those of you who run games should take the three minutes to read it, if you haven’t already.  he’s quite the muse, that one.  Make sure to stick around for the comments – those guys play a little game that is directly relevant to the bulk of this post.

He’s got me dreaming of building a sort of Herculoids-Thundarr-Barsoomian world of sword and sorcery that would range across strange vistas and wide swaths of alien wilderness.  A real swashbuckling weird sci-fi fantasy mashup, the likes of which ol’ D&D was built for. 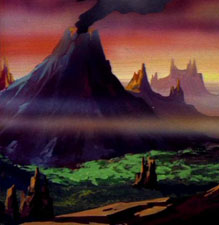 But.  I’ve never been good at politics.  Building enough factions and nations and parties and personalities has always daunted me and stymied me no end.  It would be great if there was an easy way to use a pre-existing set-up as a model.  That way, when something unexpected happens, you could just refer back to your source material, file off a few more serial numbers, and drop your source material into the game.

Now, this is no real revelation.  People have been doing this sort of thing since D&D first crawled out of the primordial swamp.  We’ve all heard the stories of Castle Greyhawk dropping characters into a not-quite-Alice In Wonderland, or the Barsoomian influence on the game.  What I’m proposing is a variation on that theme.

Indulge me for a moment.  Let me give you a campaign example, and see if you can figure out the real world analog.

Imagine a continent rising between the Tranquil Ocean and the Stormpeak Ocean.  This continent is home to 60+ nations, most of which belong to one of five Empires:

One more hint.  The people of this world share a love for a sport called Gridmatch, a simulated war in which armored players crash into each other in lines, each trying to force the other backwards into their home zone.  So popular is this sport, that the entire world celebrates the ringing in of the new year by honoring a great holiday on which they always play the world championship game.

Go on, take a guess.  Here’s a pretty picture for spoiler space. 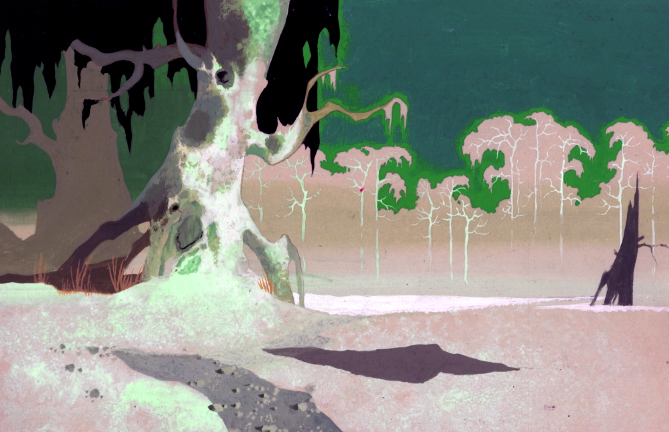 It’s college football.  Those are the five major conferences, with Notre Dame the independent kingdom in the heart of the Big Ten.  Think about it – all the relative strengths and weaknesses, all the politics, all the national colors and regalia are right there, already built for you!  We already know that the Perditia, the Machinists, (Purdue Boilermakers) were once mighty but have fallen on hard times.  The Mishillinacs march to war under a maize and blue banner on which is depicted a Feralbeast – typically against their hated rivals, the scarlet and grey clad Ionian Bughuskers.  (For those of you unfamiliar with college football, that’s the Michigan Wolverines and Ohio State Buckeyes). 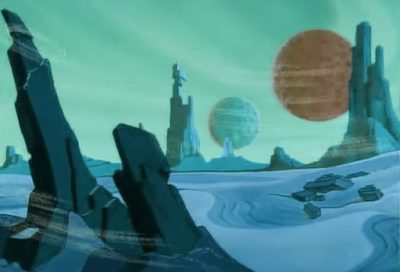 All you need to do is file off the serial numbers and slap your own labels on.  Then most of the heavy lifting is done for you.  If somebody wants to know what’s going on over on the other side of the world, you already know.

And you can use all sorts of things for this.  Other sports would work fine – Major League Baseball gives you six nations with five kingdoms each.  You want two kingdoms?  Use Microsoft and Apple.

You could even use this technique for religious wars.  Imagine crusades sweeping across the world as wars rage between the followers of The Jester the Caged Clown, the Monarch, the Crimson Queen, and the General.  We already know that The Jester’s forces are huge, but poorly trained, the Monarch’s forces are salty (so much salt!), and the Crimson Queen allows her followers the most freedom, and the General can marshal powerful mystic forces, what with his ownership of a secret compendium, a scroll upon which is written the very words of creation themselves.  One might say they hold the spice of life, if one doesn’t mind giving up the game to his players a little to easily.

Something to think about the next time you feel daunted by the time needed for world building.