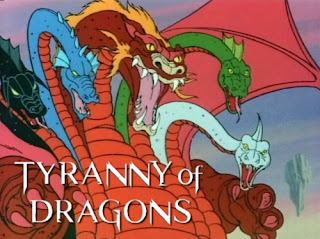 Having been hired by the shining hero, Captain Von Der Fule of Candlekeep to investigate the missing wizard brothers, Mordecai and Lucius Malvern, the party finds itself on a slight rise overlooking Malvern Manor.  But something is amiss!  Ain’t it always?

Three sides of the manor are covered in thick, ropy webs, and a figure stands along the approach to the manor – one fingerless hand stretched out in the universal gesture of “Halt!”, the other hand pointing back along the roadway.  A corpse, staked to the earth, and flayed of every inch of skin, it is an appalling sight.  It’s also a warning the party refuses to heed.

Using the standard party tactic of hey-diddle-diddle, straight up the middle, they essentially assaulted Malvern Manor in a SWAT style raid.  On the porch they get slapped around by giant spiders that pack a punch but lack staying power – one hit and they drop.  The largest spider teleported back and forth, landing a few blows before being gutted at range by a highly accurate Grim the rogue.

Inside, the party lured a pair of starving guard dogs into a bathroom using a day’s rations, and then barred the three headed beasts inside.  The ground floor echoed with bestial howls from the basement, and a thumping and moaning from the floor above.  Searching the living area for clues revealed…

Upstairs the party found a pair of nice bedrooms, one of which contained a starving, eyeless, fingerless, and tongueless brother, crazed beyond all sanity.  No attempts at first aid or magic healing could mend the wretches severed mind.  The party did find a journal written by  one of the Malvern Brothers that pointed the way to a hole to hell in the backyard of the manor.

The top floor was given over to four summoning circles that the party dared not touch.

The stairs down led to a small landing, flooded by six inches of water.  The water, the howls, and the dank oppression led the party back upstairs – nothing could be worth all that trouble.

The last thing to investigate – the back altar – would have to wait for the next session.