Yesterday we laughed at a leftist’s complete inability to understand the alt-right’s irreverence and absurdity.  One of the jewels in the God Emperor’s crown is his blessed avatar, Pepe.

I’ve made no secret of my love for Pepe; the meme-army never ceases to amaze or amuse me.  Por ejemplo: 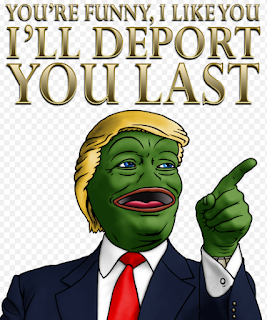 The alt-right’s use of Pepe and the ugly, childish clipart style of art generated by the meme machine is particularly delicious given that Pepe serves as yet another example of the Left being gored by the horns of a sacred cow if their own making.  That sacred cow being their creation and faith in  the execreble movement known as Modern Art.

Modern Art is ugly and meaningless drivel crafted by stupid and talentless people designed to make others feel negative emotions such as disgust, boredom, anger, or sorrow.  It was a backlash against previous movements that demanded craftsmanship and talent, and that were created by masters capable of inspiring hope, joy, and faith.

The academics back in the day, through a desire to  look ‘cool’ to their younger students or as paid agents to the Comintern (which is correct is irrelevent, the effect is the same), signed on to the intellectual superiority of tjis vapid and meaningless movement, and we’ve been stuck with urinals on the wall, crucifixes in jars of urine, and rooms full of used feminine hygiene products ever since.

Forget the stupid rationalizations, for decades modern art has been a means of transferring money from public coffers to no talent hacks as a way of rewarding incompetents who profess the correct political views.  And during this time those who object to public funding of ugly art built on lies has been, “If you don’t understand then it proves you are too dumb to get it, and we have to force you to fund this because you stupid people are too dumb to see the value.”

Welcome to the sharp end of the stick, Lefties.

You’re too stupid to understand Pepe.  When the God Emperor ascends to the golden throne, he will be well within his rights under the rules *you* implemented to appoint members to the National Arts Council who will approve funding for artists to create fully rendered paintings, statues, and digital installtions featuring the world’s greatest frog.  We could have enormous, city wide installations of the sacred frog inspring us to great heights, sky spanning cloud art grinning down on us. 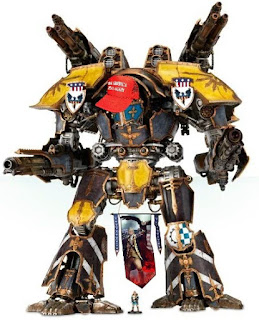 It will be glorious!

When that happens, try to remember that you are also the ones who brought, and popularized in the West, the concept of Karma.