When you come around these parts, and you see a lot of links to the Puppy of the Month Club, recommendations for The Good Stuff, and pointers to blogs by The Usual Suspects?  There’s a reason for that, and no, it’s not because I’m desperate for filler posts or trying to earn clicks by glomming onto the cool-kids crowd or even trying to ride on the coat-tails of my betters.

This blog started off as an, I-Wanna-Be-A-Successful-Writer blog, and has subtly morphed into more of a, I-Want-You-To-Be-A-Successful-Writer blog.  The point of view of the blog remains that of a guy trying to escape the cubicle farm, but the content is more focused on reading and sorting the good from the bad.  There’s a lot of great writers out there who deserve a lot more attention than they’ll ever get from the big publishing houses, and most of them are part-timers writing in brief snatches when they aren’t putting food on the table.  If I can direct a few more sales their way, and that helps keep them motivated to sit down and bang on the keyboard for a few more minutes every night?  Mission accomplished. 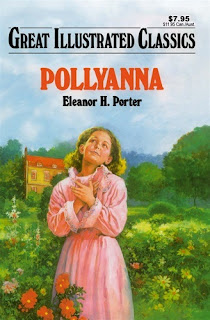 More than that, though, this blog represents another node in the greater community of readers who appreciate the rising tide of fun adventure fiction written by people who love sf/f for its own sake rather than as another club to wield against the latest social boogeymen.  It’s by no means a central node, but it stands as a signal booster to support the efforts of everyone from the lone guy self-publishing his work through Amazon to the growing indie-publisher thumbing his nose at the big boys.

You see those links in the preceding paragraph?  Even if you didn’t click on them, somewhere there’s a bot zipping down the threads of the internet, and it will.  It will think to itself, “Hey, here’s somebody else that thinks Justin’s blog is worth linking to, I’d better move him up in the rankings.”  Then when the next kid does a search for sci-fi writer, Justin shows up a lot sooner, and there’s a better chance that this relative unknown picks up another reader.  Each link is just one little data point, but you put enough of them together and eventually you don’t just have an improved search engine rating, you have a culture.

Which is great!  It gives us – authors and fans alike – a lot more freedom of movement, a lot more freedom to experiment, and a lot more freedom to choose.  They have to be stodgy and conservative to protect their interests, where we don’t have anything to lose.  Except for the few moments it took to write up this blog post – and that’s a small price to pay to lay another brick in the road to better authors, better fiction, and a better culture.

I’m a fan of the better culture that being built, and don’t mind praising the guys who are building that culture.  If that results in my coming off as a bit of a carnival barker for works that fit into that culture, so be it.  There’s some really amazing freaks in this freakshow, and I intend to do what I can to lure the townies in to take a look.