Happy Thanksgiving!  I’m grateful you’re all along for this ride.  It’s been fun. 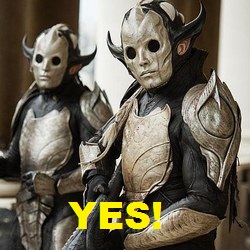 Part of my decision to eschew post-1985 versions of D&D is the sheer blandness of it’s creativity.  The most recent title by Wizards of the Coast, Volo’s Guide to Something or other, includes a host of new player races designed to help tables do new and different things with their games.  From what I gather from its fans, the new and different things amount to little more than new collections of stat modifiers with a bit of chrome thrown in.  That is to say, the new races amount to little more than rubber-suited humans with maybe one dominant personality trait.
I’m not the tabletop cop.  The hobby has enough of those already.  If that brings you joy, then take your mods, zip up the lizardman suit, and go to fantasy-town.
But it’s not for me.  One thing that I’d like to see make a resurgence is the idea of truly alien demi-humans.  Not just different looking, but different thinking.  That’s why my dwarves are literal creatures of earth.  They aren’t just short hairy humans who like wine, women, and song, they are driven by very different needs.  Granted, they love gold, but it’s near and dear to their hearts because it is made of the same stuff they are.  They don’t identify stone-traps easily because they build them, but because the very stones themselves speak to a dwarf in ways humans cannot even understand, let alone learn. 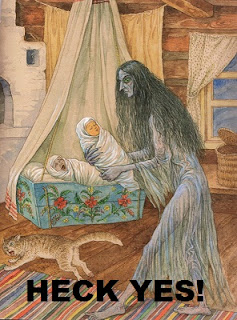 What to do with elves and/or elfs has been bothering me for a while.  The dominant view of them as tall, placid, tree-hugging humans, leaves me cold compared to the dark and mysterious creatures of raw magic that you see in Poul Anderson’s The Broken Sword or Three Hearts and Three Lions.  The most recent IP that I’ve encountered that conveyed that sense of menace was the Hellboy sequel with its hidden elven kingdom standing in as the main antagonist.  All this talk is inspired by my current read, John C. Wrights Swan Knight’s Son.  So far it is hitting the sheer menace and alieness of elfs right on the head.  It also uses the older plural spelling for a collection of elves, which I’ve become agnostic on and freely switch between out of sheer impishness.
If you need a little more background to understand where I’m coming from, check out this review of the sequel.  It gives more and better examples than I could.
We see a bit of the elven magic at play when Modlvay’s elves are given immunity to sleep and charm spells, and their generally better saving throws.  But where’s the aversion to iron in the modern Tolkeinian/Warcraftian fantasy zeitgeist?  Holmes Basic forced elf players to choose whether the character would play as a fighter or wizard – suggesting that elfs could use iron or magic, but not both.  That choice was lost with the Moldvay rules, most likely for reasons of playability, but it definitely serves as a way of making elfs play very different from tall humans.
Adding in an aversion to iron would be a nice start, mechanically.  It would help remind players that their little avatar isn’t just an old, willowy human.  It also makes any iron-age race that much more fearsome to elfs.  A kobold with an iron sword might do an extra d6 damage to elfs – that would give any player pause.  A powerful magic weapon that is crafted from iron – the sword of a long-lost ancient king, for example – might be an iron sword, and thus unavailable to elfs. 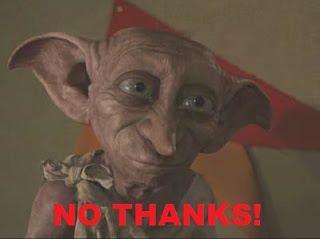 Another important method of distinguishing between elves and humans is drawing a sharp contrast between a human’s trust in an afterlife and an elf’s complete lack of a soul.  When an elf dies, he doesn’t go to a better place, he goes nowhere, but is destroyed absolutely.  That has important implications in the game world.  No resurrection – there’s nothing to call back to the corpse.  No speak with dead – there’s nothing to speak to.  The upshot is that any spell that would trap a creature’s soul in a gem or jar would have no effect on an elf.  Lacking a soul, they may even be immune to the healing power of God’s clerics.
That might also apply to clerical healing, too.  You want to make players get jittery about playing a class, and handle that class differently, take away their precious cure light wounds.  They’ve got potions still, but that’s a pretty big sign that these guys are different from everyone else.
This would also provide an in-game reason for an elf to crawl into dank holes in the earth.  They are looking for immortality of the sort unavailable to them in the afterlife.  Every lich you meet might be a desperate elf clinging to this mortal coil.
At this point the brain needs to cogitate further, but after recasting dwarves as more than short, hairy, men, I’m really leaning towards a more alien and unknowable race of elfs.
One Comment
Making Adventure Fiction Great Again
Subscribe today to be first to hear about my new release, plus receive a copy of a free fantasy novella!
Follow