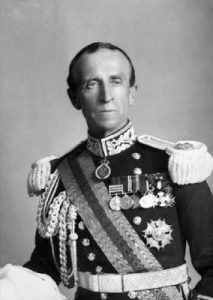 My only previous experience with JohnBuchan was his excellent African adventure story, Prestor John.  Now that was a real world adventure containing nothing of the fantastic, so I’ve been meaning to give his more fanciful stories a read, and this makes for the perfect opportunity.   The Rime of True Thomas should keep me out of trouble with the Barbarian Bookclub, having died a full fourteen years before Lord of the Rings was published, and for whom the last first story in The Moon Endureth, The Rime of True Thomas, consists of a full blown fantasy story rather than an Algernon Blackwoodian weird horror tale.

If you’ve read John C. Wright, you have an inkling of what Buchan brings to the table, and not just because the narrative framework of the Rime at hand consists of a King imparting the story of a conversation between a Scottish shepherd and a long-legged and long beaked bird called a whaup.  Not just any bird, this whaup has the presence of mind and the ancient wisdom passed down through his lineage to engange with the shepherd on matters of religion and biblical lore, and entreats the man to…well, the story waxes far more lyrical, but essentially the man casts a spell that allows him to hear the music of the spheres, that “Song of the Open Road, the Lilt of the Adventurer,” that infects him with an insatiable wanderlust.  The song also engages in a bit of the romantic lament for the passing of the pre-Roman inhabitants of the British Isles, and:

“Man must die, and how can he die better than in the stress of fight with his heart high and alien blood on his sword? Heigh-ho! One against twenty, a child against a host, this is the romance of life.” And the man’s heart swelled, for he knew (though no one told him) that this was the Song of Lost Battles which only the great can sing before they die.

That’s some Robert E. Howard style romanticism there.  That’s the kind of raw meat writing that you won’t find churned out of the word mines of NYC these days.  Unlike Howard, Buchan dips his quill into the ink of biblical lore on a regular basis, and that comfortable drift along the myths and history of Christendom imparts a dreamy concrete feeling to the Rime that stirs the heart.

Of course, as a son of the heather myself, Buchan’s verse cheats a bit given how the light brogue that ripples through the tale tickles my the ancestral memory buried in my own DNA.

And in the end, that’s what I find most charming about this short story – it isn’t really a story at all.  It has the elements of a story in the shepherd and the whaup and a King’s version of their talk, but at its root, the Rime is a vignette about the song that lies at the heart of existence.  It’s a fairy-dream experience that delivers a heady mix of lyrical prose and the wisdom of one’s elders in a way that reader’s of Lord Dunsany would find as comfortable as an old knit sweater.