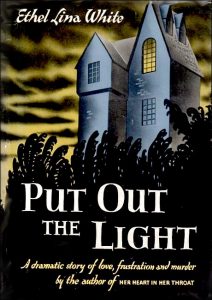 In the interests of learning from the masters, here are a few examples of evocative first sentences taken from a random scattering of works.  As with yesterday’s assignment, consider how each sentence hooks your attention, declares stakes, identifies the mood and genre of the piece, and then take a look at the second list which presents the source of the work.

Given my predilections, and that these all survived not only the slushpile of the golden age of science fiction and fantasy – that would be the years before Damon Knight and Issac Asimov ruined the sci-fi culture for decades for those keeping score at home – but that they also survived decades of relative obscurity and passed into public domain where they were loved enough to have been posted in an easily searchable HTML format…it should be no surprise that they are all effective in their own way.

Once you’ve had a chance to think about them for a minute, let’s look at the source, the who, and the why they work.