What sort of conspiracy theory digs into the Catholic Church and doesn’t find Templars at the bottom of everything?

The past decade has seen considerable upheaval in the Catholic Church, an upheaval driven in part by the decreased cost of gathering information.  No longer reliant on pliable media willing to trade their integrity for a little money and influence, the common man has a much better grasp on the rot attacking the heart of so many of Western Civilization’s institutions than he did in decades passed.  And yet, the shadows linger, and the bits of truth that have seeped out have only added to the confusion and discord.  The erosion of trust in our leaders has left most men of good will at a complete loss.

We are fallen souls blundering about in the wilderness of a fallen world, and the guiding light of the Church grows dim as we lose faith men holding that light aloft.  Our footsteps falter as we realize that too many of the men we’ve defended from a hostile secular world have colluded to commit, or enable, unspeakable sins against God’s natural law.  We’ve awoken to the reality that our path is not straight and narrow – we stand amid thorn bushes with our way littered by pits and snares.  How did things come to this pass?  To whom shall we turn?

We just need some guidance.

And that’s where Infiltration enters the scene.

Taylor Marshall presents a history of the Catholic Church over the past 150 years, both the supernatural history of visions and visitations, and the natural history of political maneuvering at the highest level of the Vatican.  These two aspects of the Catholic experience weave together to paint a grim picture of the many and varied ways that Modernist thought has insinuated itself into the Church – an institution that fought long and valiantly to guard herself from the errors that lead inexorably to Holodomors, genocides, and mass starvation on both physical and spiritual levels.  It’s not so much a conspiracy theory as it is an honest study of the history of the struggle for leadership of the Church, and an analysis of the many failures along the way. 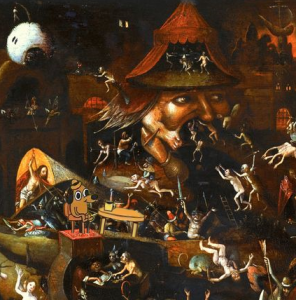 Which is not to say this book paints an ugly and hopeless Heironymous Bosch hellscape vision of the Church.  To the contrary, even the ugly parts of this book are laden with a refrain of hope and reminders of the glory that awaits at the end of All Of This.   (Spoilers: He will come again in glory to judge the living and the dead, and his kingdom will have no end.)  All of the slow leaks and confused reporting by secular media and muddled quotes and misquotes are stripped away so that the facts of the Church’s changes over a century and a half can be presented.  The resultant narrative illuminates the events in an easily understood and digested manner, and Infiltration is worth reading by anyone confused by the complex and often obscured events that it details.

The historical portions of the book flow naturally into an analysis of how faithful Catholics can resist the slow march of Modernism through the institution founded by Christ.  Marshall weighs the pros and cons of strategies such as:

It’s no surprise that a man willing to wade through the history of the Church would find all but the last item wanting.  What’s surprising is the simplicity of Marshall’s recommendations for fighting back against the Modernist heresies.  The shortest section of the book, his answer to the challenge may be the hardest one to internalize.  He offers a concise plan of action as simple to explain as it is difficult to implement.

Taylor Marshall has no easy fix, no magic bullet, and no One Weird Trick.  The path he illuminates is a long and difficult one, and it is a path that requires a considerable amount of courage and faith and…well, it requires a healthy dose of all seven of the Great Virtues.  But it is a hopeful path we walk, and one that leads to a glorious end, and if you are serious about finding your way out of the Modernist shadows and brambles, you will find Infiltration a solid map to guide your way.