Generally, I agree with Brian Neiemeier and the rest of the gang when they go strong on this message:

Merely mentioning a Disney/Marvel property, even to negatively contrast it with a superior indie work, just gives the Devil Mouse brand social proof as the one to beat.

But I’m also a “don’t make the perfect the enemy of the good” kind of guy.  Converged though our culture may be, there are times when being conversant in the poz can come in handy.  Particularly when guiding those yet to awaken to the fifth column in our midst away from that pozzed element.  Here’s where he gains my full throated endorsement:

Refusing to feed the beast doesn’t suffice by itself, though. We also need positive messaging that promotes superior alternatives. 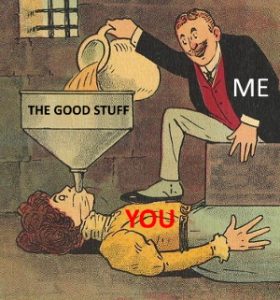 And that right there is the impetus behind my irregular reviews of indy comics here on this blog, and my reviews of long form fiction over at Castalia House.  Given that indy comics are shouting into the gale-force winds of multi-billion dollar marketing campaigns.  It’s hard to get noticed, and every little of help that I can offer my fellow creatives is time well spent.  These reviews aren’t just the writings of a fan, they are recommendations to help you choose the best works to fill your time.

It is worth noting that I rarely receive advanced reader copies.  Most of the works that earn reviews are works that I discovered organically via recommendations on Twitter or through Amazon’s pushy A9 algos.  Word of mouth works – it’s the best way to reach me, and probably you as well.  So take advantage of it, whether you are a reader or writer, it’s the best way to get more of what you want out of this world.

As a quick recommendation for proof of concept, allow me to urge towards  Micha Burnette’s Bad Dreams and Broken Hearts .  It’s a urban fantasy, boiled hard and served in a collection of short stories that are muscular and heroic.  It has a distinct 1970s grindhouse grittiness to it so far that helps ground the magic in a way that makes it feel more wonderous and more threatening than most works like this.  Full review to follow, but go buy it and find out for yourself why Misha is one of the best of the new breed of independent authors.