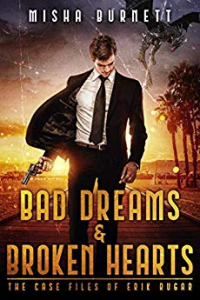 Now live over at Castalia House: You won’t want to miss this one.  Misha Burnett is operating at the top of his game with a book that hits you with a series of slow and subtle gut punches that will leave you reeling.

Bad Dreams and Broken Hearts – this year’s best Urban Fantasy.  Bank on it.

Erik Rugar makes Harry Dresden look like a chump, and makes Discworld look like a set from Scooby-Doo.  Imagine if Bright wasn’t so preachy and had some solid romance subplots.  It’s that good.