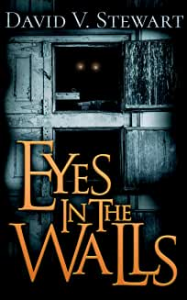 Not gonna make it.

Was hoping to hit 26 reviews over at the House of Castalia this year, one every other week.  In the end, I only managed to produce a total of 19.  Get ’em next time.

The good news is that we end the year on a nice bang with a creepy little ditty by David V. Stewart, whose YouTube channel is an eclectic blend of thoughts on film, music, and writing.  Only the latter appeals to me, and that in large part because he is one of the few authors whose ‘hot takes’ go deeper than shallow-end motivational clichés.

Head on over and find out about this wonderful, drug fueled mélange of vulnerable protagonist, kid-gang monster fest, and mind-bending nightmare.