Diversity is Our Strength

As discussed elsewhere, we are all hunkering down for the censorgeddon sure to accompany the 2020 US presidential election.  Even the blabbermouth socialists, the latest iteration of the BernieBros, recognize that their opposition to Creepy Uncle Joe will put them square in the crosshairs of the Democrat Party Machine.  So even the guys who have made a lot of hay by praising the censors have begun to look for ways to re-route information around Big Tech’s “Trust and Safety” roadblocks. 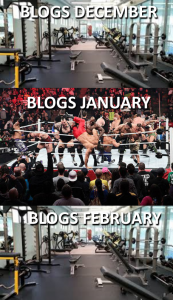 The New Year turn back toward the fertile fields of the blogosphere will be interesting to watch.  I predict many of those who resolve to do more blogging will, like most of the fatties at the gym, fade away by February.  You just can’t get the same dopamine hit from blog views that you get from counting hearts and thumbs.

On a more practical level, blogs never really developed an easy way to engage in slow-motion conversations.  Comments were welcomed, but remembering to check the post for responses was always on you.  All of the efficient and convenient “one stop comment shops” that showed up in later days converged into uselessness by anyone not sucking on the Demorcrat teat within a year, and even the wide-open G+ threads tied to posts vanished when that experiment was shut down by the Goog.

Today, you get more actual engagement by linking to blog posts than on the posts themselves.  Conversations are manageable across users, convenient, and integrated in a way that just isn’t available to dissident blogs – even those who dissent from the Democrat Party Machine.  There’s a vacuum surrounding blogs that has yet to be filled by a trustworthy source.

For that reason, I don’t expect a wholesale return to blogs.  There will be a shift, sure.  But a blog is a tool for deep thoughts, well constructed, and presented to the most diehard fans.  A microblog is for cheap shots scattered to the winds.  Both are useful, and I’ll be doing both as long as they let me.  And most of those signalers they are making a grand shift from social media to blogs are more like me than they care to admit.