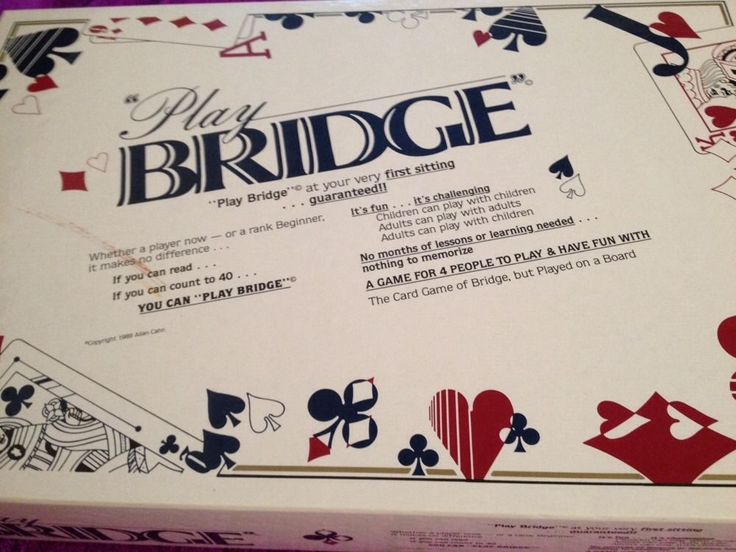 Have you ever asked a bridge player to explain the rules to the game to you?

They can’t do it.

I’ve asked a dozen of them, and they are constitutionally incapable of simply laying out the rules of the game.  They always tell you one rule, then explain the application of the rule, and the play that arises from the rule and why you are allowed to do something under that rule, but never would because of these other rules that they haven’t told you about yet, but now they have to so you can understand the game’s strategy.  You can tell them to skip the strategy lesson, and they will apologize and go back to explaining the rules, but within seconds they will jump right back in to the complexities of the game.

They know the rules.  They’ve got them internalized and find it dull to merely recite them.  It’s a bit like asking a university mathematics professor for help with your calculus homework.  The basics are so far beneath them that instead explaining them, they launch into strange and esoteric applications of the principle.

It’s frustrating, and after numerous attempts to learn the game from others, I have abandoned all hope.  Like most people, if you give me the rules first, I will have a much easier time understanding the basic strategies that arise from them.  Granted, I might make a few dumb mistakes in the first few games, but by the end of the night I just might surprise you with a few clever ploys of my own.

You know who else does this?

Priests.  And Bishops.  And Cardinals.

Which is perhaps understandable.  They spent years learning the rules.  They spent considerable time meditating upon them, for better or worse.  They grow bored with the constant litany of reminders – how many times do you people need to hear me tell you to stop doing the things you know you shouldn’t be doing?  Can we just move on already?

The problem is that we can’t.

The laity cannot move on specifically because without that foundational instruction, all the exhortations to, like, love God and be nice, don’t mean anything.  They don’t mean anymore to the laity than a bridge player telling a n00b not to lead play with a low spade.

It occurs to me that one of the reasons for the growing influence of the Radical Traditional crowd, the RadTrads that have the Church hierarchy sweating, rises from that failure to catechize.  If you want to know what the Church believes, you either have to wade through the primary documents yourself, or find smart people talking about those documents.  You rarely find them in the Church.  The current leadership of the Church spends a lot more time talking about faith journeys and listening to non-Catholics and accompaniment than it does talking about the faith itself.  If you want the fundamentals, you have to look elsewhere.

Enter the RadTrads, who have no qualms about cutting straight to the heart of the faith.

They focus on the core rules.

They discuss them, and only after establishing what the rules are, do they move on to discuss application.

And if you want to know why the RadTrad influence is on the rise, it is because they are filling a void left behind by these guys:

But then, sometimes I think about it like this: 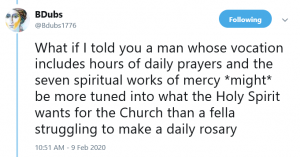 It’d just be nice if the former made the latter a little easier on the faithful. It’s this wisdom that keeps me from posting overmuch on the current controversies within the Church heirarchy.