Steer clear of that Jon Del Arroz fella – he is a bad influence. 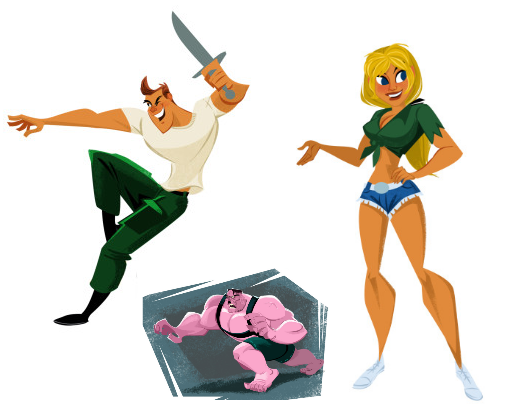 This time he tempted me into parting with my hard earned fiat money in pursuit of a grand old adventure story called Island 19: A Tale of the Bermuda Triangle.  You can back this project yourself over at IndieGoGo.

“Never-Land was never like this! Nazis, Pirates, Native Tribes and an ancient battle between good and evil set the scene for Captain Keddel and his new friends as they look to uncover the mysteries of Island 19.

If you like The Venture Brothers, Raiders of the Lost Ark, Tales to Astonish, Captain America,  Dr. Strange, Land of the Lost, Peter Pan, classic literature and big epic sagas, this is for you!  There might even be some familiar faces, and when you think you know what it is…you’re probably wrong.”

There’s something heartwarming about the throwback 1960’s art that reminds me of the Golden Books that played a large role in my formative years.  Mysterious islands, square jawed heroes, buxom blonde sidekicks, smoking native frenemies, super-science monsters, and ragtag bands of plucky supporting mooks?  All with a note-perfect cast of characters each of whom is crafted with the solid design reminiscent Craig McCracken?  Sign me up! 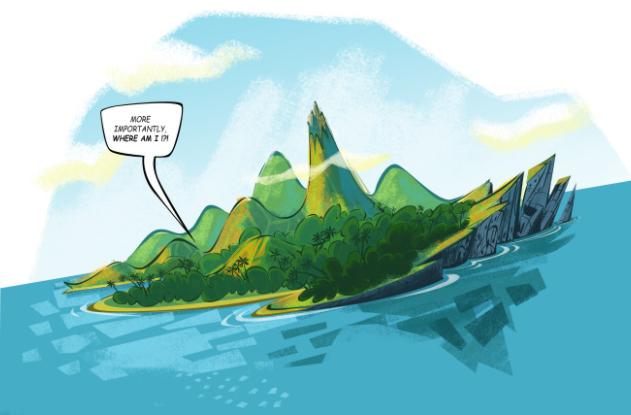 Even with hints of Neverneverland and aliens, and full blown lampshades hung on zombie Nazis and monstrous supersoldiers, there’s a promise of more good stuff to come.

Gonzo is a word that gets tossed around too often these days.  It smacks of a carelessness, a blind jumbling of disparate elements in the hope they gel.  This looks more kitchen-sink, which in my mind is style that approaches the ‘no limits’ attitude with a lot more care and certainty.  Sure, there might be a lot of different influences, but each one is plugged into the whole with deliberate intent and design.  That’s what I’m looking for in adventure these days, and this wildly optimistic offering has me excited for a comic in a way that I haven’t been in a long time.

As this blog goes to press, the project stands about a grand shy of its $8000 ask.  Head on over to IndieGoGo and help make a great comic come to life. 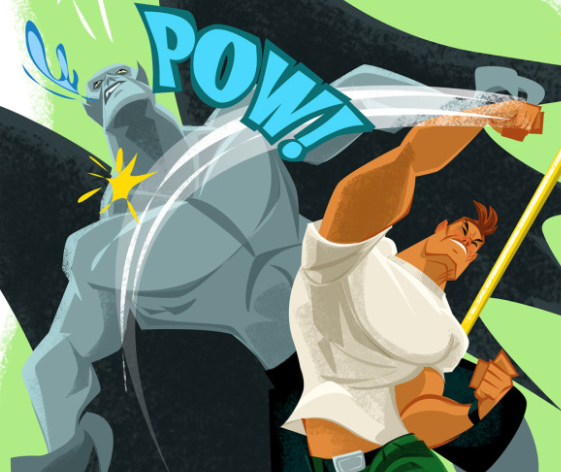