Starting to amass a little ultra-modern warfare collection for use with Black Ops.  To date, I’ve only ever played that game using sci-fi figures, but for the first time in a long time, I’m starting to get a handle on how modern warfare can be wargamed.  More on that later.  For now, how about some terrain eye-candy? 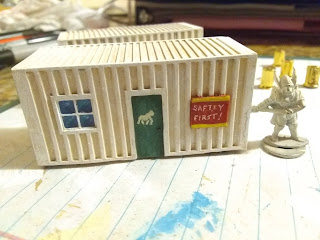 All of these office trailers come from Game Craft Minis.  Resin pieces with only a trace of bubbling, and all of it down on the underbelly.  I added a couple of safety posters and a bulletin board using cereal packet to spruce them up a bit.  For sixteen American dollars you get three different ‘sculpts’ in each pack, a fine addition to any work site.  These will do double duty as makeshift housing for separatist compounds, but for painting, the construction look will do. 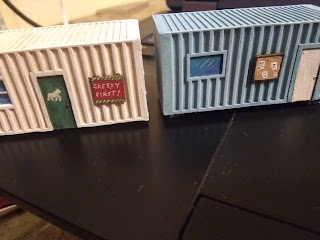 To give them a bit more character, I put two of them up on concrete blocks cut from matte-board.  Thicker than cereal box cardboard, the matte-board paints up just fine as flat concrete slabs, the better to keep the trailer off the ground.  Just a little touch to make these pieces all mine. 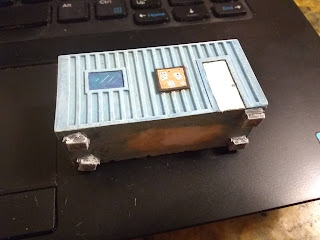