Been thinking about A Confederacy of Dunces a lot lately. 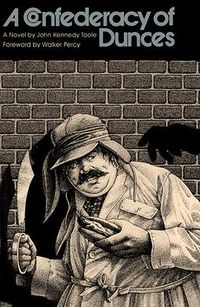 For those who haven’t read it, this picaresque novel by John Kennedy Toole is about a bona-fide dyed-in-the-wool gamma male who bumbles his way through life. He is the kind of guy who goes to movies specifically to hate on them.  He is a classic midwit convinced that all his failings arise from a world that just doesn’t appreciate him for how special a boy he is.  It is a very humorous book, and damn well written.

As a young man, I hated it.  I hated the protagonist and found his approach to life infuriating.  As an older man, I fear to re-read it, because I wonder how much of my revulsion rose from how much of myself I saw in him.

And that paragraph had way too many instances of the word, “I”.  The point is not to talk about me, but to explain away any disconnect fans of the book have with my understanding of it, which is based mainly on hazy recollections.

It’s hard not to see an army of Ignatius P. Reillys when you turn on the TV.  In a better world than ours, all of the references to Idiocracy you see on social media would be swapped out with references to this novel.  Specifically, Ignatius J. Reilly has a knack for seeking out things to take offense at – things he secretly kind of likes but cannot admit to himself that he does.  He also attributes all of his misfortune – not to his own bad choices – but to cruel fate and the stupidity of those around him.

We are a nation of Ignatius J. Reillys.

Which reminds me: He is also really fat.

Get your own copy here