I’ll watch any movie that has Mel Gibson in it.  At this point in his career, they aren’t all winners, but at this point in the lifecycle of Hollywood they don’t have to be.  They just need to not insult me.

Boss Level is not a great film, but it is a great flick.

It’s an action flick, and kind of a dumb one.  And yet, it does some things that you don’t often see in Hollywood films these days.  I just put it on because Mel, but was pleasantly surprised by how the film goes deeper than it’s action roots to present something very different from the usual fare.  Then, I was pleasantly surprised by how they did so.

This review includes minor spoilers, but necessary ones.  This is the kind of movie that, on its face, appeals to the profoundly dumb people.  However, for those willing to engage with the material, there is a lot more going on beneath the surface.

The general premise is “Groundhog Day” but it’s an action flick.  We’ve seen this before in “Edge of Tomorrow”, but here instead of an alien invasion the threat is…part of the mystery, and a part that I won’t spoil.  What I will spoil is the premise of a badass former special forces guy pursued by a super-team of gimmicky assassins for reasons unknown.  Because our hero gets to live out the same day over and over and over again, he is invincible in a way that sucks 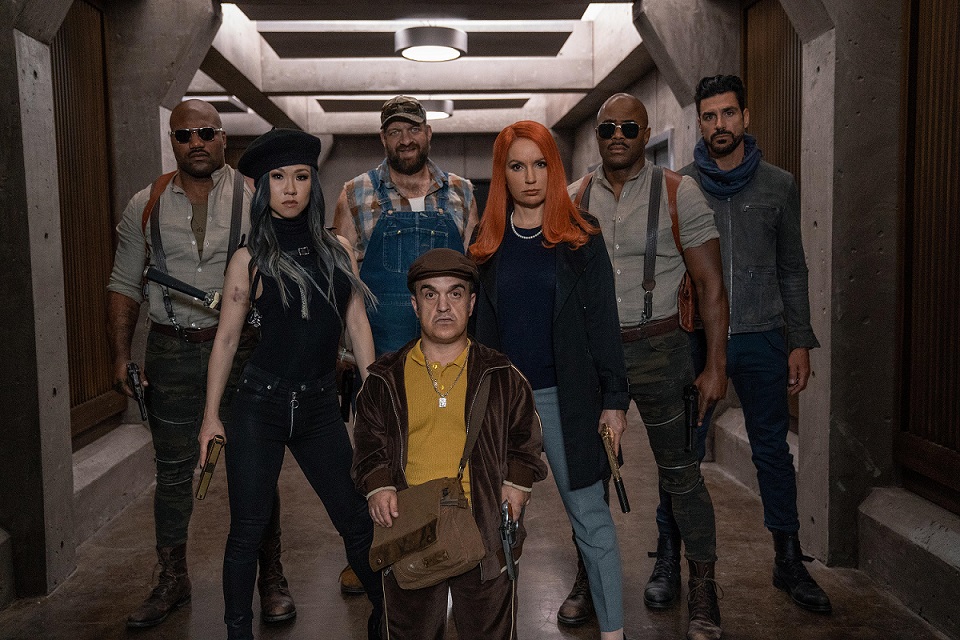 the drama out of the action.  You know he’ll get another chance to get it right, so if he dies it doesn’t really matter.

Except that being stuck in a day like that – constantly harassed by assassins and constantly ending his days in physical agony – quickly turns his life into a living hell.  The only way he can escape from living this miserable day over and over again is to solve the mystery of how he got sucked into it in the first place.  Most of the clues are pretty obvious, and our hero is pretty dumb, so the viewers are usually one step ahead of him.  Which isn’t necessarily a complaint – it means that Final Boss uses that nearly forgotten movie trick of setting things up and paying them off.  Crazy, right?

To complicate matters, our hero starts off as a generally unlikable guy. Resigned to his fate, he wakes up every day to fight his way to the one bar in the city that will allow him to drink himself into oblivion in peace and quiet.  He kind of walked out on his family a decade ago, and his most recent attempts to reconnect have been failures.  Don’t let it put you off of the movie.  If you are willing to accept the price of meaningless action as an interlude the mystery, then you’ll get a wonderful character arc.  One that sees him reconnect with the woman that should have been his wife and the son he should have raised.

And it’s that arc that kept me watching.

We’re seeing it pop up more often these days, and it’s a refreshing change from the usual sneering attitude Hollywood takes toward masculinity in general and fathers in particular.  That arc – an estranged father bonding with his son – provides the most natural and hence most dramatically effective parts of the film.

There’s are things in Boss Level not to like. 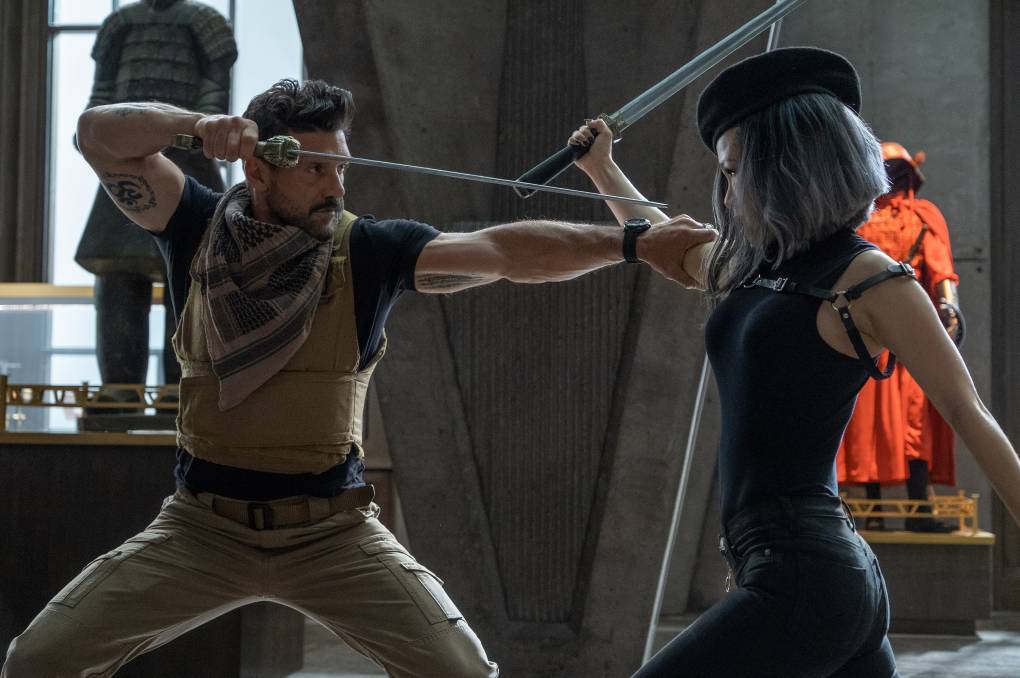 Some of the gimmicky assassins come across like Joss Whedon characters – all chrome and no soul, and the roles given to actresses who must have displayed their talents on a casting couch.  The voice-over narration over-explains things at times.  The pointless action tends toward the gratuitous at times.  All of these detract from the heart of the story.  All of these are thrown into the film to keep the dumber members of the audience engaged. And if that’s a price we have to pay to get the good parts of the film on screen, it’s a price I was happy to pay.