Got a new faction for the miniature war game “Dragon Rampant” all painted up, and they are led by this brute right here.

The backstory for this army consists of a nomadic tribe of goblins. That gives me an excuse to run an entirely mounted army. Fortunately for me, Splintered Light miniatures makes a wide variety of wolf riding goblins. 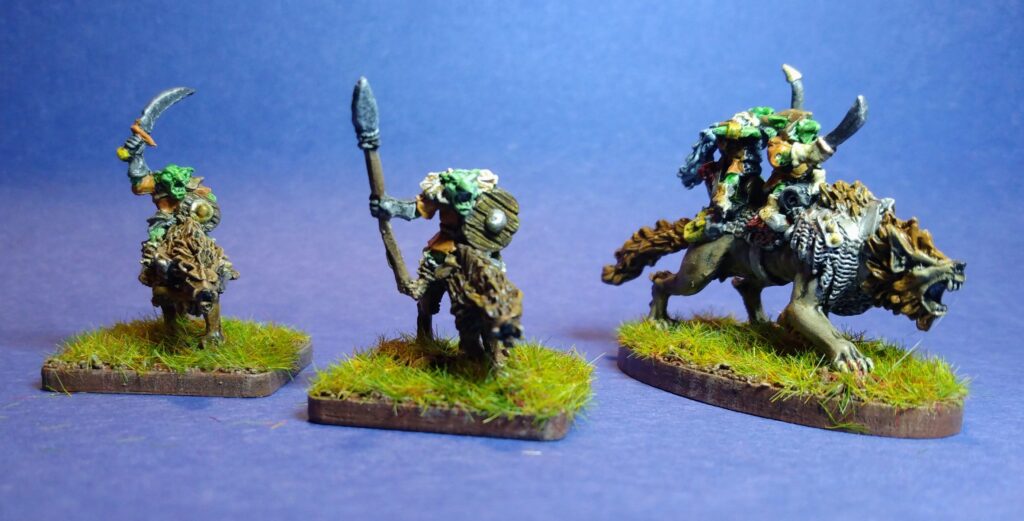 Even better, Splintered Light sells their figures in groups of six, which makes them perfect for the ratios needed to field an army in “Dragon Rampant.”

With one each of the greater and lesser warbeasts, and one each of the elite, heavy, and light riders, you can wield a well-rounded force. You’ll have heavy hitters, fast movers, and lack only some heavy artillery backup. Without using any upgrades, these five units give you a 24 AP Force.  By adding in treats, cunning to improve defense scores is appropriate, you can mix and match to tailor the force a little more.

Without ‘cunning’ this is a very offensive force, with a very little capabilities of holding ground. Most of these units are better on the attack than on the defense.

Which is fine, you just have to pick your battles a little better. Better than the goblins did in “Throne of Bones” anyway. 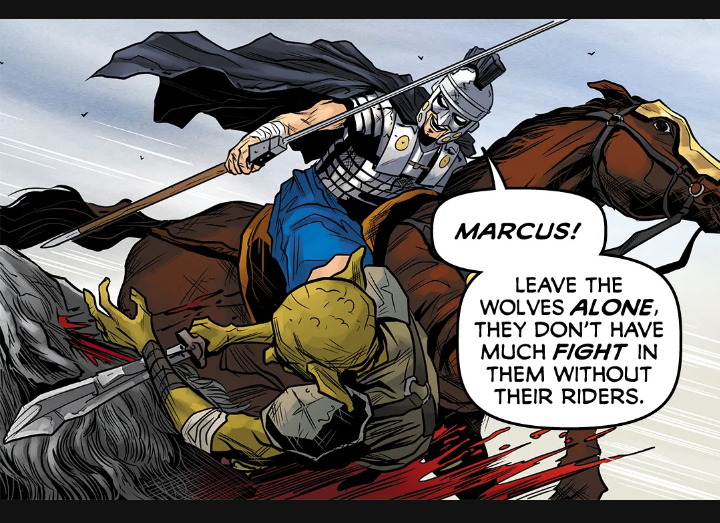