The first was playing the game with my nine-year old daughter.  Here you can see that she took command of a key hill, placing her archers within the woods – a great decision on her part. 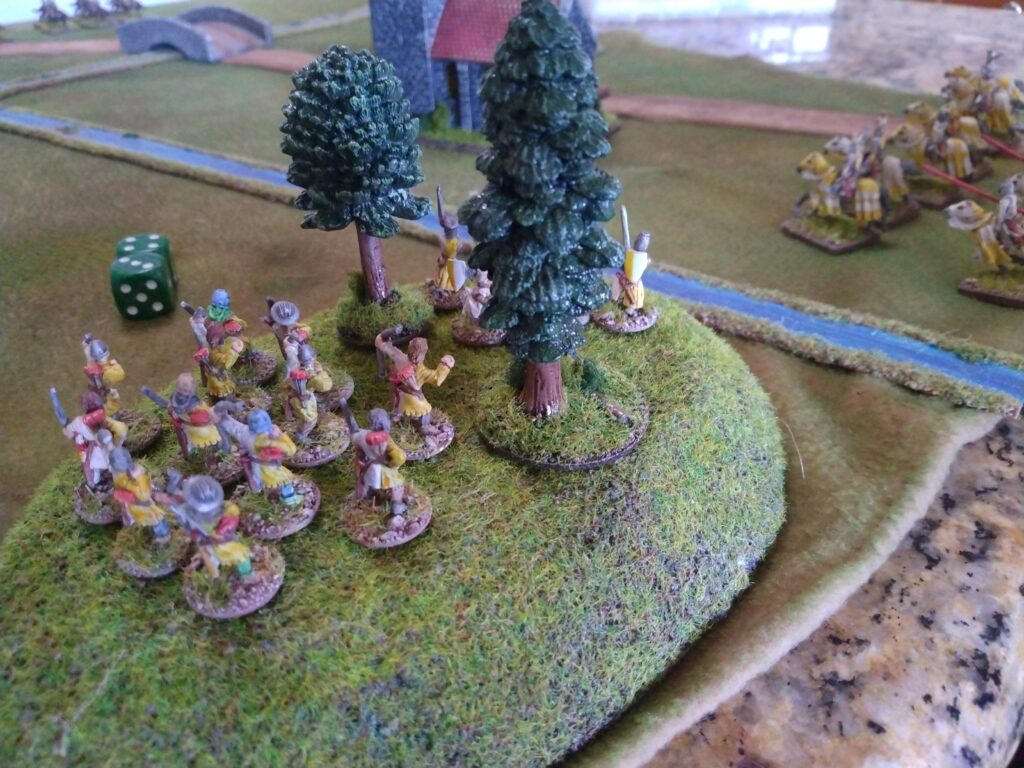 The result: She liked it.  Under her generalship the Broman Empire notched its first victory under the “Dragon Rampant” rules.

Most of the action took place east of a river that split the battlefield.  There, she sent her heavy cavalry into the teeth of the goblin warg-riders, and they softened up the brunt of the goblin attack.  That left the rest of the goblins pretty easy prey for the hillside archers.  It helped that her general’s ability was one free shoot command – without missing a chance to fire and with the added armor bonus from defending the hilltop woods, the riders couldn’t dislodge them. 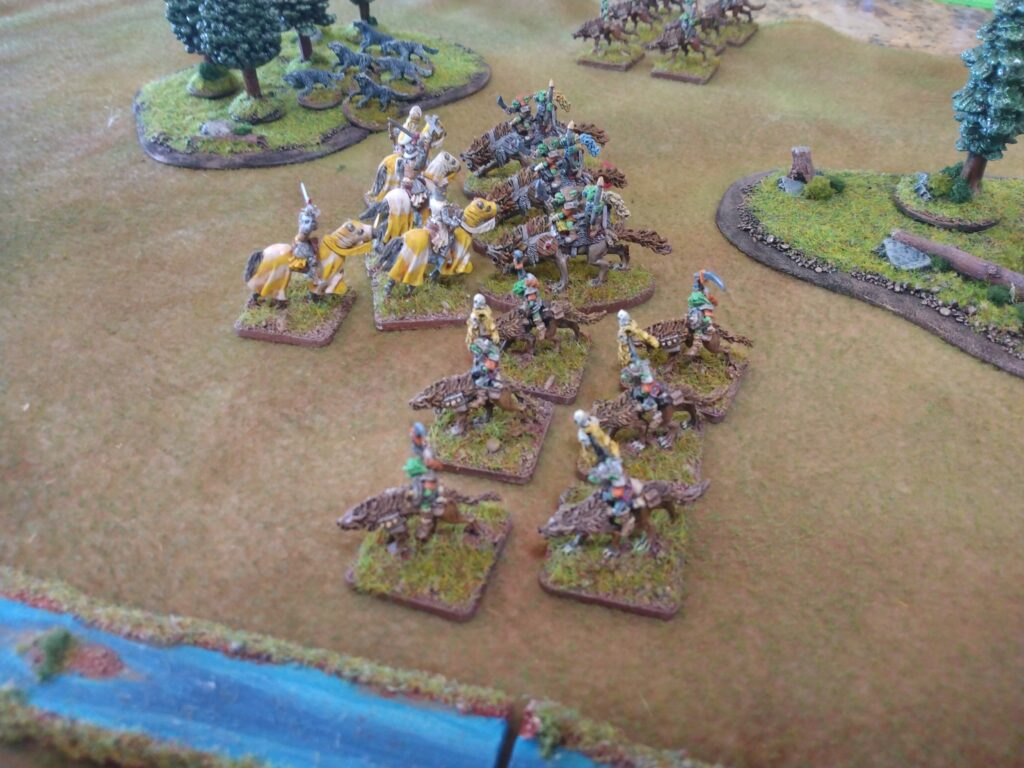 On the western side of the river, our Elite Riders spent most of the game doing what they do best: standing around waiting for somebody to get within charge distance. 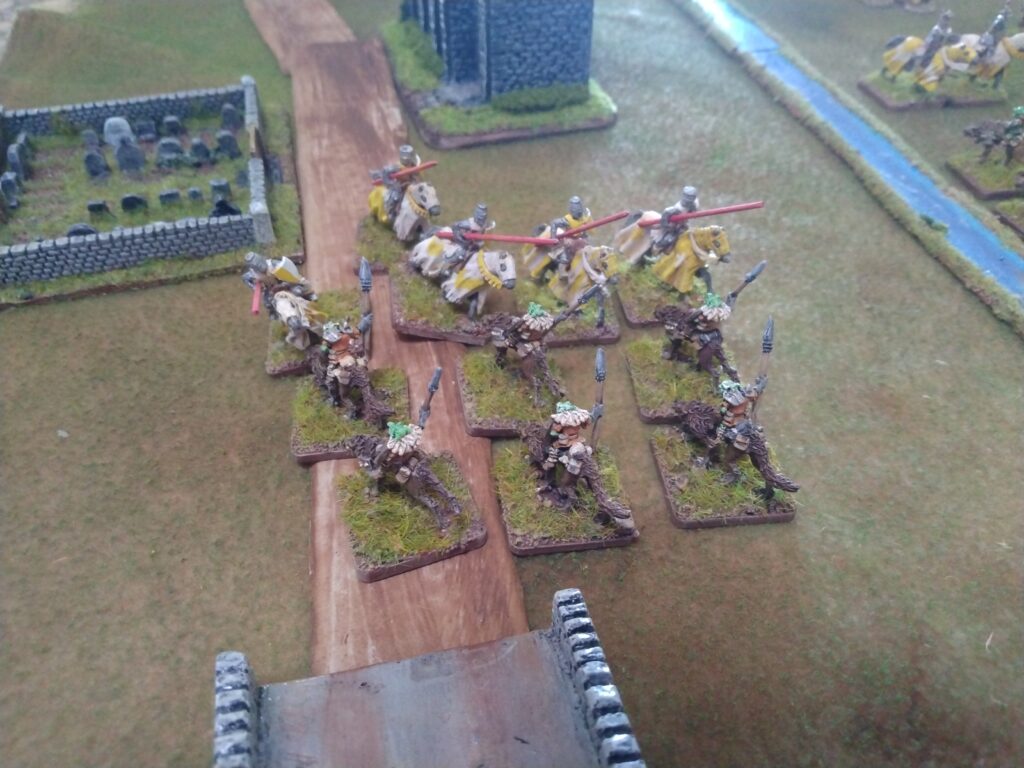 When that moment finally came, the action was swift and decisive.  Pushed back, the goblin riders lost thier nerve.  We use a red gem to demarcate Battered status.  Unable to mount a counter-charge and failing courage checks over and over, the goblins were driven from the field. This freed the knights to make a sweeping charge around the bend in the river to reinforce the action on that side. 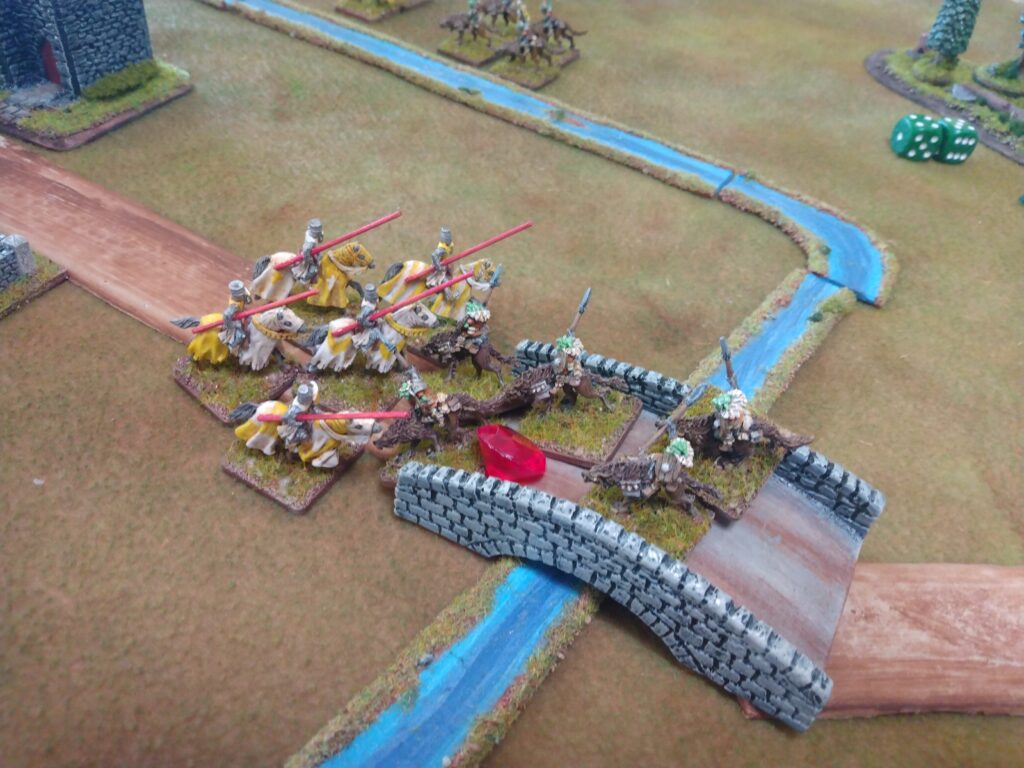 Before they could arrive, the human general – in this case a sorceress of great power – took matter into her own hand.  With here Elite Foot bodyguard killed to a man, she set her back to the ford and managed to blast the goblin warchief out of his harness. 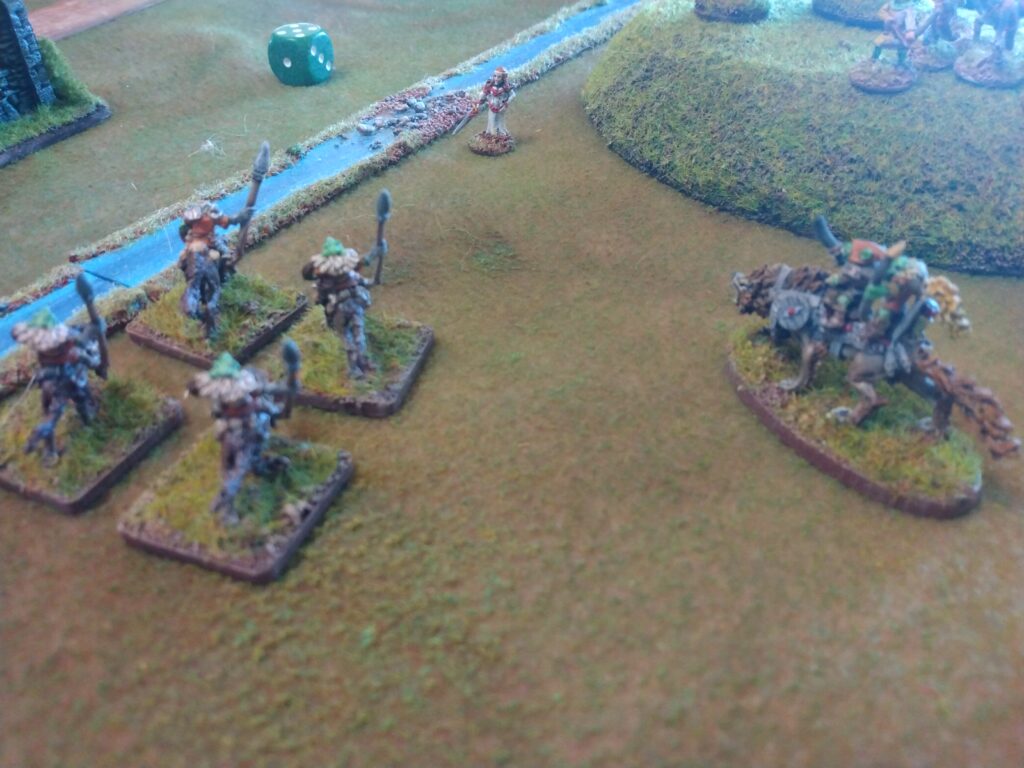 With the loss of the warchief, and half the goblin units dead, the remainder had to take a courage test at -1.  With all the casualties inflicted by the archers, the goblins had little hope of perhaps turning on the sorceress to even the score. 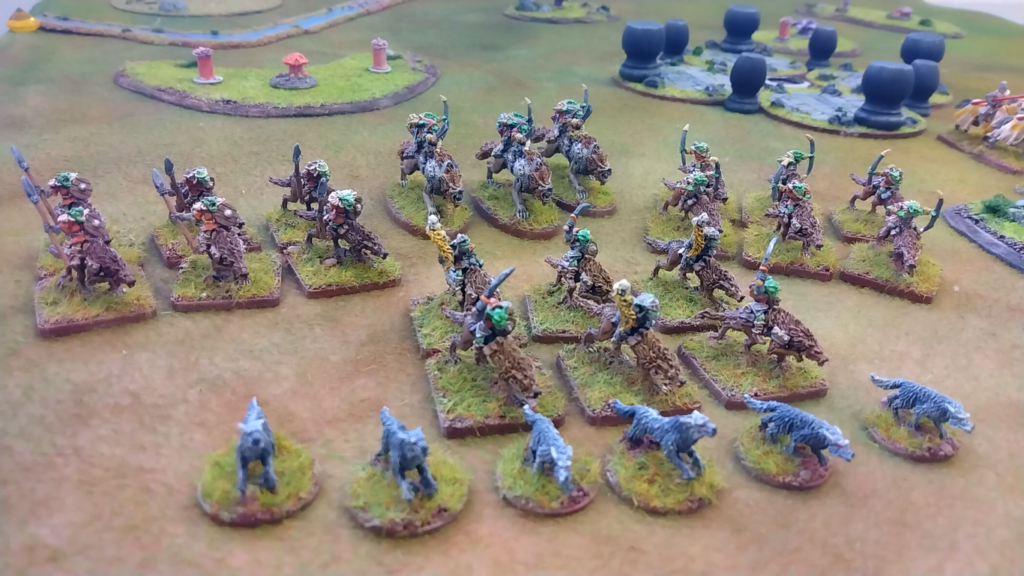 Of course, part of this was my duaghter’s request to play the game with a mulligan.  A player’s turn didn’t end until TWO units failed an activation test, and that meant a lot more movement than usual.  Without nearly as much swing in the activation, we could each take more risks early in the turn.  It worked okay, but I’m not a fan.  The wild swings in momentum caused by the activation system is a feature of this game.  It keeps things unpredictable and forces players to think a little harder, and prioritize units a little different based on risk.

It’s not something I would use in my own games.  Makes them less dramatic.  If you play against a nine-year old with little experience, it works well enough.