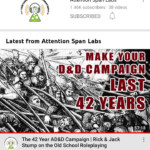 This is a feat so impressive that several months later Wired had to get in on that sweet AD&D winning action to interview a guy who has been NOT playing AD&D for 40 years, but calling it AD&D so that second-rate news outlets like Wired can hone in on that obscure, but ever-growing in influence #BROSR action 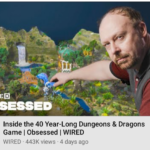 Consider this your regular reminder that the press is the enemy of the people.

Honestly, I cannot overstate how impressive this is.

You’ve got a little cadre of a couple dozen edge-lords out there stirring up trouble by playing elf-games in a way no one has for decades.  These dudebros are playing AD&D by the rules, and finding that the rules take you places you never expected to go – to places that the D&D masses don’t even believe are reachable with the game.  They are challenging the status-quo in a tiny little slice of the culture – a niche in a niche – and it has the powers that be so spooked that they have to thrust unwitting dupes into a limelight for which they are ill prepared.  One little D&D campaign trundling along for four decades has found a dedicated fan base, and a fanbase that is smarter and more energetic than the best that the NYC publishing drones have to offer.  They are getting people excited about a new style of tabletop gaming, and rattling the cages of the establishment by pushing new boundaries and steering eyeballs away from the groomer heavy Big Brand.

Make no mistake about it.  These repeated attempts to distract the masses from the wahoo fun of the #BROSR, is a victory.  We’re on the right path.

And we’re going to win. 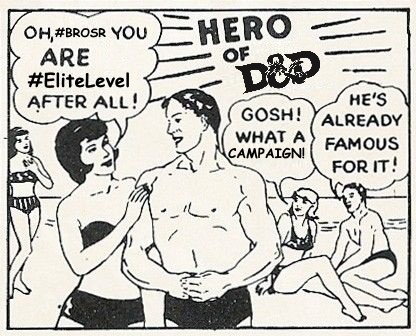