Thanks in large part to Canada’s Orwellian styled Truth and Reconciliation Committee, which has nothing to do with either truth or reconciliation (as these committees always do) the Holy Father has embarked upon A fruitless journey to the land of the maple leaf. 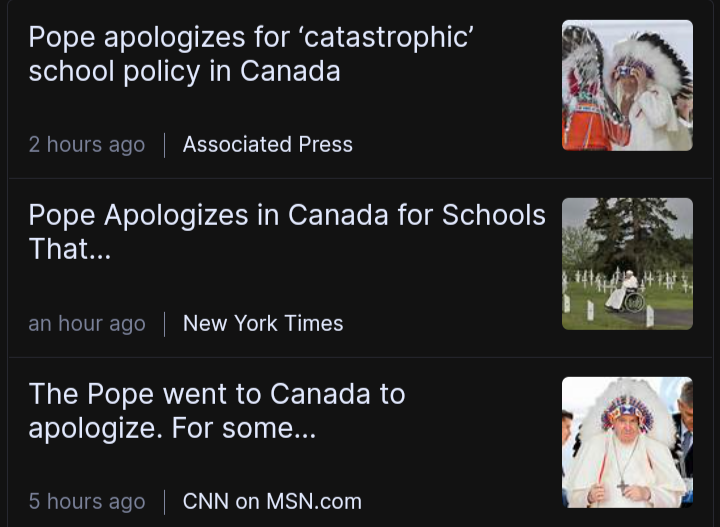 Let me remind you of one of the key tells of a scam like this. Be purported goal is one of reconciliation, however, those who demand reconciliation never provide a metric by which that might be achieved. The goal is never specific or concrete. There is no dollar amount, there is no action list, there is no finish line. There is only constant abasement upon your knees at the feet of the aggrieved.

There is never forgiveness on the part of the aggrieve, because reconciliation is not the end state. The end state is always’give me more’. Once you start down that path, there’s no getting off. The point of the exercise is not reconciliation it is extortion.

For the sake of charity, we will assume that the pope is, like so many of us, misinformed. It is not our place to judge him. But it is also our place to be honest about the state of the world.

And so we must turn our attention to the truth of the accusations leveled against the Catholic church. And any honest investigation will reveal that there is no truth to them. There are allegations of mass Graves, but the evidence does not even rise to the level of circumstantial. Christ hating scientists have used magic x-ray glasses to peer through the solid earth and have deduced that squiggly lines on paper are in fact Mass burial grounds. 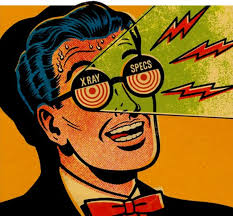 They have found no physical evidence whatsoever. The only evidence they have is that graveyards, from a time when child mortality was considerably higher than it is today, have a higher proportion of children interred there than cemeteries today. Or else, cemeteries hundreds of years old have fallen, as they often do, into disrepair and neglect. This is a universally true thing that happens everywhere. It is not evidence of hostility or ill intent.

These allegations are as fabricated as they are malicious. And decent, God-fearing men, are obligated to pray that the holy Father achieves enough wisdom and discernment to penetrate these lies. And whatever you think of the Catholic church, if you are a decent, God fearing christian, you are obligated to oppose this pogrom being waged against it in Canada. For your own sake, if not that of the Romish. Because once this crowd is done with the catholics, they will surely come for you.