Skip to content
Here they are, the ten pedestrians ready to bail out of their cars and run for safety.  These were painted in a rush – 1 hour total for the lot of them.  I used The Dip method of painting, so they look a lot more grubby than I had hoped.  Live and learn. 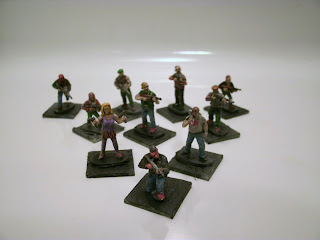 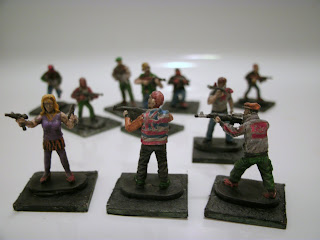 Some of my favorite little details.  My local arena is on the outskirts of Honolulu, so it only makes sense for somebody to sport a Hawaiian Flag.  The guy on the right is obviously sponsored by Coke.  You know that if any corporation can survive the apocalypse, it’ll be them. 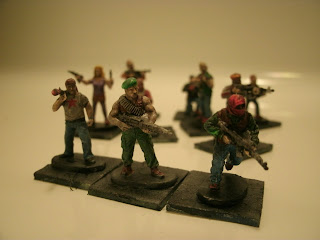 Another detail shot.  The guy on the right is the one that looks most like a terrorist, but I love the fact that he’s sprinting and not just standing there like the world’s most badass target.  Rambo in the center there is just asking for a few rounds in his chest.
Next Up: The Safest Place
Making Adventure Fiction Great Again
Subscribe today to be first to hear about my new release, plus receive a copy of a free fantasy novella!
Follow