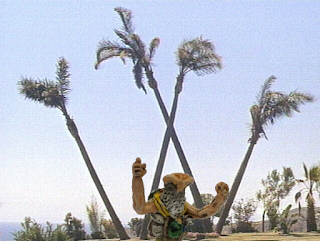 Welcome to the weekly walk through the wargaming wilds of the world wide web, in which Warren waxes upon whatever weighty and witty works he wagers are worth your while. Would any wretch not want a window into Warren’s warm woolgathering – a wisp of what wriggles its way into the weedy wastelands his wisdom?  What wights of whimsy wander along the way?  This winter, when wailing winds whistle in from the west, let your worry wane, and wave ‘way your wait, my wolfish wunderkind,  Warn whosoever would withdraw worship that they will win their wish.  While Warren’s work with the written word may be weak, it is wrought here this Wednesday in waking wonder for all to witness.

Also, something about a wren wiping a wet wallet?  I don’t know.  Here’s some links:

Polish Hussars (Badass of the Week): Invariably, whenever most people talk about the military prowess of the Polish cavalry, some joker busts out with some intelligent, well-constructed argument that vaguely resembles something along the order of “YA RITE HOW BOUT CHARGIN NAZI TANKS W HORSIES FTW LOLOLOL OMG I”M HILARIOUS SOMEBODY LOVE ME PLS”. Well not only are the wild claims of that infamous engagement dubious at best, but it’s time that the Polish cavalry – and particularly the Winged Hussars – get appropriately recognized as one of the most eye-skeweringly hardcore associations of asskickers ever assembled. These daring, brave, unabashedly-feathered badasses crushed throats up and down Europe for two centuries, annihilating battle-tested armies three times their size with nothing more than a huge-ass lance, an awesome set of ultra-cool wings, and a gym bag full of iron-plated armor ballsacks.

Normandy Mini-Campaign, Part One (Geordie’s Big Battles): The scenario was a Normandy 1944 infantry probe towards Caen, called Operation Martlet. Before you could say “Jack Robinson Jam” I was in amongst it in the “patrol phase” with markers pushing forwards over what I considered very “open” aka dangerous) ground. I opted to go “Tommy” so my newly painted figures could shoot at me. The alternative was to play SS which left a tangled knot in the consciousness of my stomach. Silly really, but as I had played British before so I should be better able to pick things up from where I left off.

Fall In 2015 (O My Rurtania): I attended the HMGS Fall In convention in Lancaster, PA, last week. Had a good time as usual. Attendance on Friday afternoon seemed very sparse but did pick up considerably by Friday evening and things seemed pretty active on Saturday afternoon. Friday night, I played in Temple of the Snake Priestess, run by Howard Whitehouse, using his Chainmail Bikini rules. The game involved four teams of adventurers entering a ruined Maya-ish city with the goal of getting their astrologer to the top of one of several temples to obtain some sort of Important Sign from the Heavens.

Fluffy Boa Puzzle Mat (Here’s No Great Matter): I popped into the hundred yen store yesterday to pick up some tape for work, and as I hadn’t been there for a while I had a quick scour of the usual sections to see if there was anything that could be put to honest wargaming use. Lo and behold, there was a sight for terrain mat hunting eyes: 30cm square interlocking foam mats, topped with a greenish teddy bear fur type material. I grabbed four to take home and check out (I could always use them as an actual mat, I said to myself…).

Let’s round things off with a post about boxes:

Tournament Transport Box, Part 3 (Lair of the Uber Geek): Sunday morning I was determined to finish up the construction of the tournament boxes. On a whim. I decided to use the remaining plywood from the 4×4 piece of plywood to make a dice tower. This is one of those projects that has zero planning so we’ll see what happens. The dice “motivators” are glued in place. I’m sure their is a more technical name for these in the the world of dice tower science but I haven’t bothered to look it up.