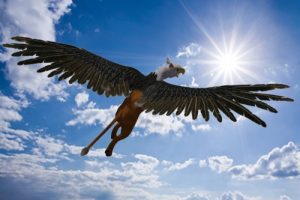 Watching Amazon’s The Boys – more on that soonish – reminded me of my last desperate days stuck under the thumb of the Dinosaur Publishers.  Back in the bad old days when I only rarely dipped my toes into NYC publishing waters in search of a rare good read, a brother recommended the First Law books by Joe Abercrombie, and so with the trepidation of a man burned once too often, I grabbed a copy of Red Country from the library and proceeded to get burned once again.  As a novel it failed to clear every bar set before it.  It failed to deliver adventure.  It failed to deliver heroism.  Worst of all, it failed to deliver fun.

We’ve been down this road before.  We’ve talked about Red Country as a sterling example of how to suck the life out of fantasy adventure and prop up the desiccated corpse for acclaim.  So we’re not going to talk about why it fails.  Instead, let’s take a look at what it represents.

One of the few scenes in Red Country that stuck in my craw through all these years was one where the vicious and bloody and greedy mercenary army (because that’s the only kind of army there ever is amirite lol?) attacks some sort of fantasy-hippy religious commune (that’s actually a front for some other materialist greed because that’s the only kind of religious communal living there ever is amirite lol?).  One of the members of the mercenary army delights in the destruction of wooden totems carved lovingly and painstakingly over hundreds of years and the camera lingers in its portrayal of the sheer malignant joy the petty little mercenary takes in destruction.  It was one of the few genuine moments in the novel, and it was this more than the vindictiveness of the unnamed soldier that stuck with me – although that was a part of it, this was just one of countless scenes that wallowed in misery in Red Country.

These days, rather than feel disgust at the scene itself, I laugh at the sheer self-unawareness of a man who could write such a scene without realizing that his own efforts to drag fantasy literature away from the high minded ideals of yesterday and down into the mud of a bleak and empty humanism mimic those of the one character in Red Country that he manages to write with enough depth and believability to stick in the reader’s mind for years to come.

Deconstructionist artwork is cheap, lazy, and ultimately forgettable.  It’s as common as the sunrise, but without the illumination and hope for a new day.  It might sell to a market run by jaded humanists and the black-pill junkies who can’t take their eyes off the mud to look to the heavens, but it’s no way to build a better world or inspire readers to live better lives and be better people.  For that, you need real heroism and real heroes.

As for me, rather than try to one-up Tolkien by crafting a mockery of the greats, I’ll aspire to reach his lofty heights as an author.  Even if I never get there, at least I’ll have a better view of the land far below and the blue skies above than authors who spend their time rolling in the grit and the grime of this fallen world.

Think I’m crazy?  See for yourself.