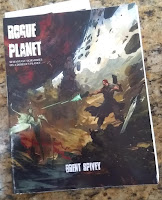 The daughter gave in to my strong-arm tactics and ice-cream based bribery to join me in a miniature wargame miniature campaign.  We are using Rogue Planet, a lesser known title that features an action-reaction initiative system with a lot of quirky combat and movement subsystems.

For this mini-campaign, we sat down and whipped up the crew of the  X-Falcon, a medium sized freight hauler with a rag-tag crew that skirts the laws of customs an custom to deliver anything anywhere for not just any price.

Unless they are short on fuel and short on cash, in which case they go trawling the local comm-subnet for easy scores.

Sometimes the easy scores aren’t so easy.  Like capturing the rare and endangered Beast Bu-ger, which might contain the secret to cure a raging Crown Virus that is plaguing the planet Primus Prime.

Hired by a local research lab, they head out to a local wilderness park where the beast was recently spotted.  Only to find that their hated rival captain, Drax, has arrived with his crew.  They parked at a nearby agro-coop-complex and have the same idea.  After a few shouted insults, Capt. D’Claire learns that Drax has been hired by a cook at the local wet market, who wants to serve Bu’ger Burgers as a finer than usual experience.

For the game itself, I set out four hidden markers, which moved a random distance in a random direction before each turn.  The first one had a 33% chance of containing Le Beast, the second a 50% chance, then 66% and finally a 100% chance for the last, if Le Beast hid that long. 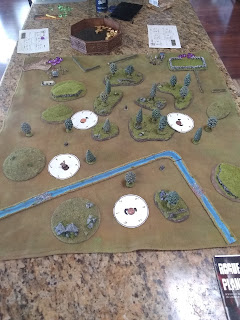 Drax’s crew got to the first counter, and their big guy, Mephist Two Fleas, immediately got jumped by Le Beast.  Their medic Boxy McGee tossed a sleep grenade, to no effect. 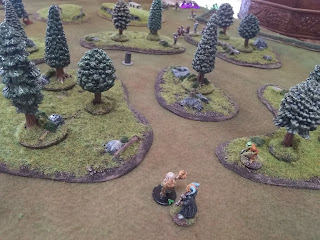 So it was up to Mephis to take on Le Beast in single combat. 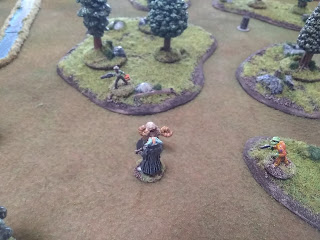 Sensing her easy score getting away, D’Claire sent her crew in close, and followed up by charging her hated rival in the nearest woods.  While Drax’s crew hustled the unconscious beast into their waiting car, Drax slowed down D’Claire in single combat. 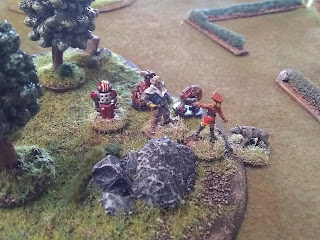 D’Claire’s crew tried to intercept Drax’s, and got into good position by the end of the turn.  If they could win initiative, they could pound those jerks into space-cow fodder.  They rolled a 1 to Drax’s 6 and that was all there was to it.  Those numbers are also the number of actions your side gets that turn, so Drax was able to act with impunity.

At the first chance he got, Drax ran like a chicken, tumbled into his convertible speeder, and made off with D’Claire’s prize. 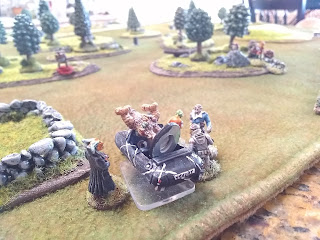 Hungry for revenge, D’Claire has vowed to mount a “rescue operation” in order to rescue her prize money from Drax before he meets with his buyer.
Stay tuned…
One Comment
Making Adventure Fiction Great Again
Subscribe today to be first to hear about my new release, plus receive a copy of a free fantasy novella!
Follow