Skip to content
Been playing around with Osprey’s En Garde! while waiting for the Big Battalions package to arrive, and it’s been nice to fiddle with a new ruleset and some blackpowder scenarios.  My fantasy town works well as a backdrop if I leave off the wizard tower and skull mountain pieces.

The game doesn’t work all that great as a solo game, what with a big part of the combat requiring some bluff and counterbluff. 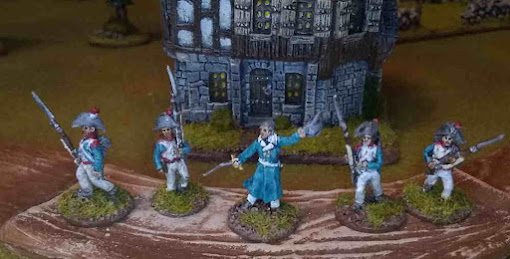 Random draws for combat ploys often results in pointless rounds of combat where not much happens.  That happens in two player games as well, to be fair. 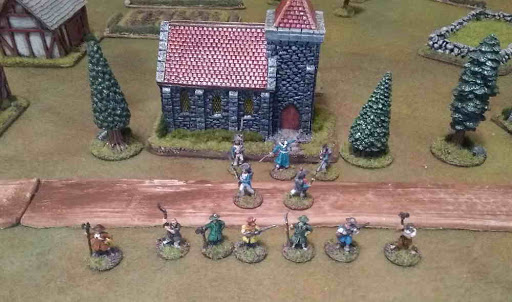 In the first battle fought, the press of numbers proved overwhelming with two Rank 2 figs supported by five Rank 1 figs dominating a team composed of a single Rank 3 and four Rank 2 figs.  It also included the usual first volley bloodletting followed by everybody charging straight into melee.  A completely historical result if my years of Hollywood movies are to be believed.
Making Adventure Fiction Great Again
Subscribe today to be first to hear about my new release, plus receive a copy of a free fantasy novella!
Follow