The channel, The Joy of Wargaming, continues to make inroads into the wargaming community.  Now with more than 1,400 subscribers, brave souls not yet scared off by my frequent sojourns into topics that we aren’t supposed to discuss, and more of the newcomers expressing thanks for a non-converged alternative.

And why not, when it comes with gorgeous games like this one pitting power-armored space dwarfs against those froggish Prang.  Got through two videos without making a single Pepe joke about those Prang, and that took some willpower, lemmetellyouwhut. 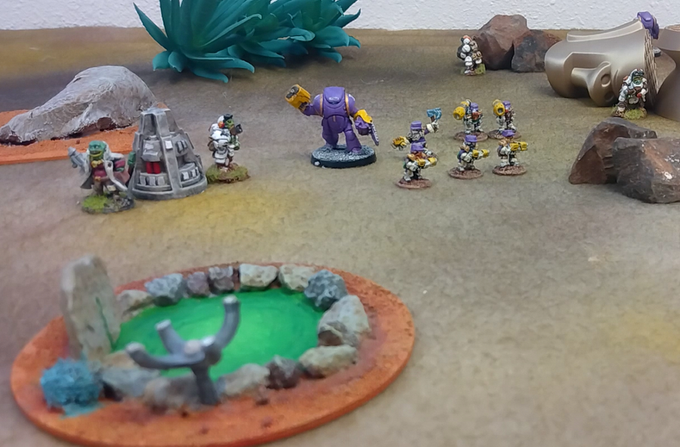 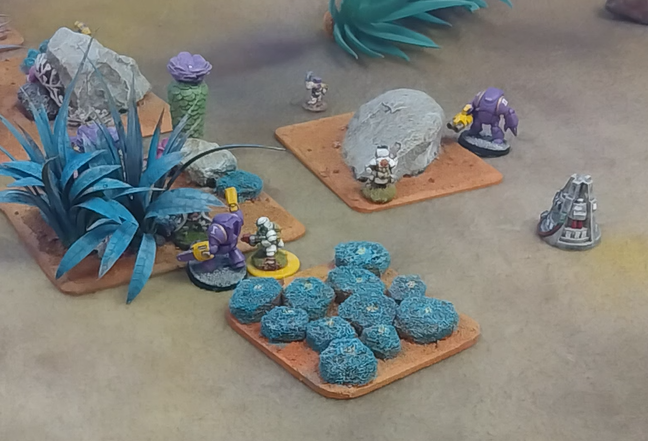 USE-ME is a pretty good system.  Not thick enough to maintain long term interest, it is simple enough to make for a great convention or pick-up game.  It’s one of those light games that benefits from adding your own tweaks to it.  I ran a game of ladies pursued by green xeno-demons, that would have benefited from stripping the aliens of one of their three hit points, but still made for an interesting solo challenge.  And at just five dollars, you get all the bang for your buck you could want.

And I really think my cinematography is coming along nicely.  This is pulled from a screencap, and has more depth and character than a hastily filmed tabletop should. 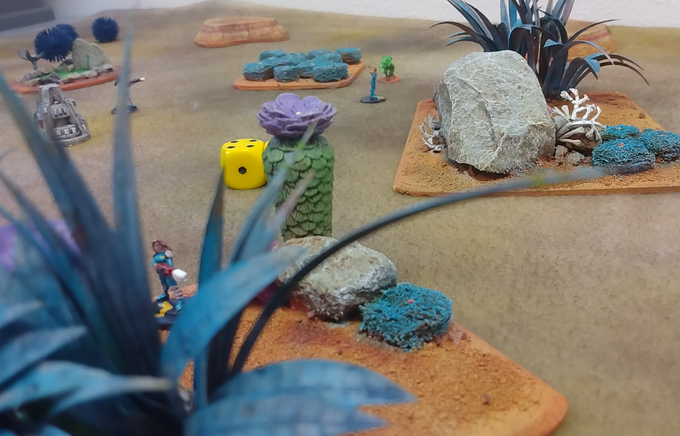