This post is largely eye-candy. An orc warband with a wizard, two giants, and three trolls – the latter two count as Elite foot in Dragon Rampant terms – makes for a very tough but largely slow force. Throw them up against a speedy army like the all-mounted goblins, and you’ve got yourself a sweet set of meaningful choices. 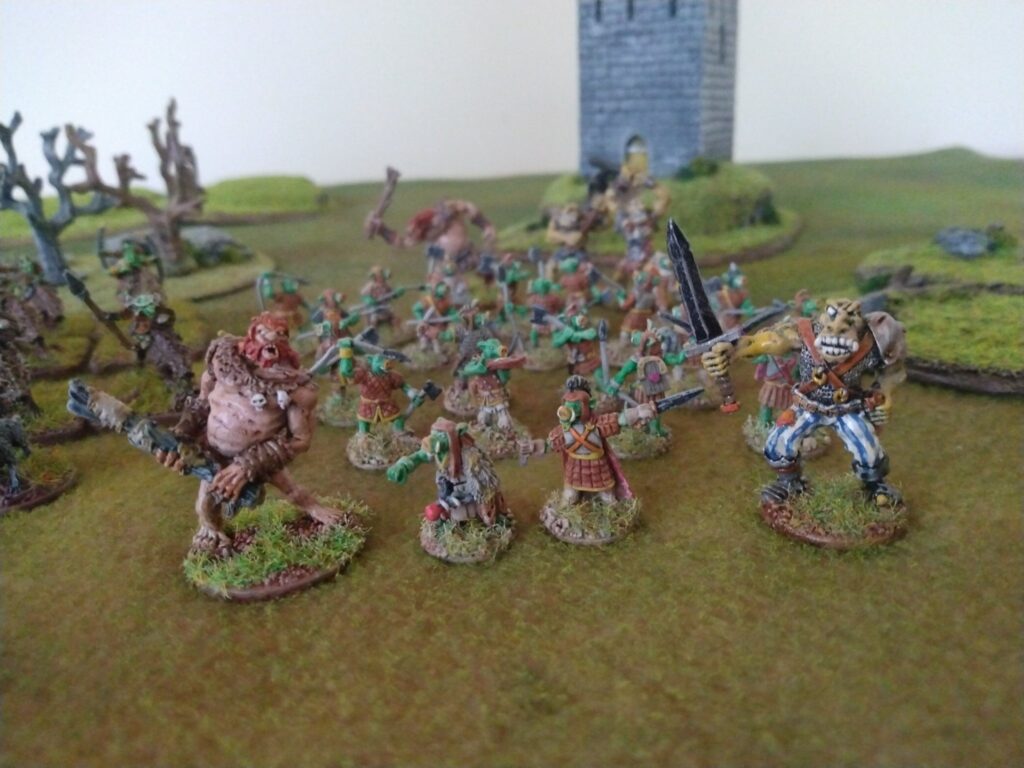 Giants on the left, trolls on the right.  That’s a lot of high Armor units that take a lot of hits to knock down to half-dice. 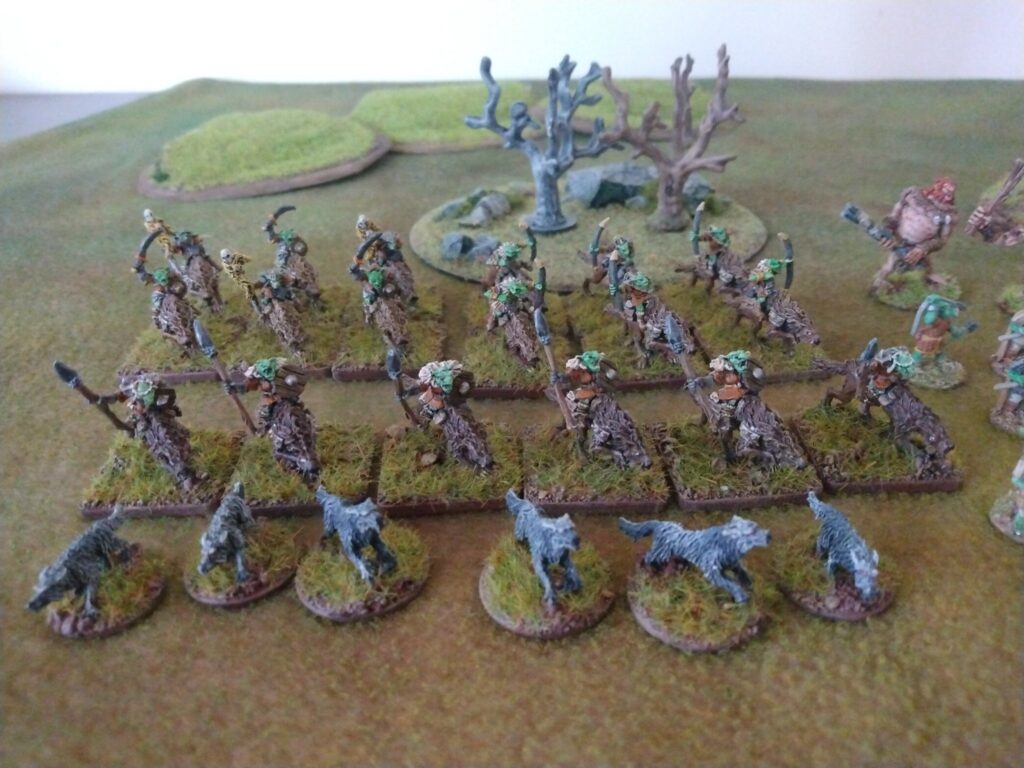 For this fight the real difference maker was the heavy amount of terrain.  With a river crossable only at a bridge and ford, and plenty of difficult ground, the goblins really couldn’t make use of their better mobility. 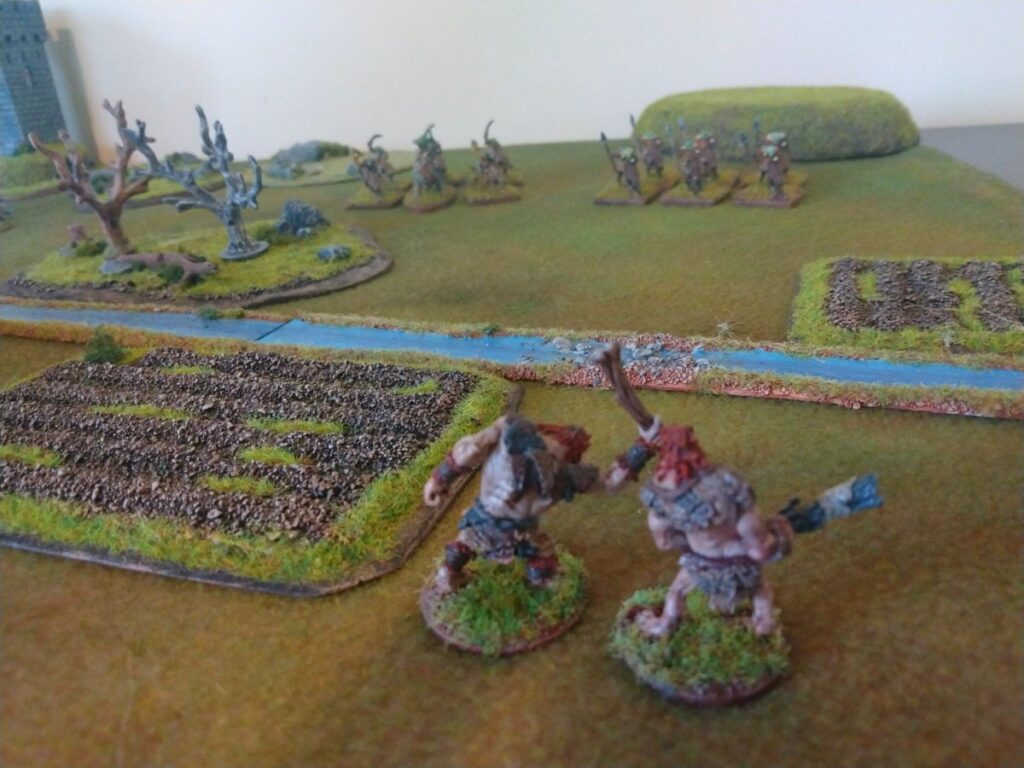 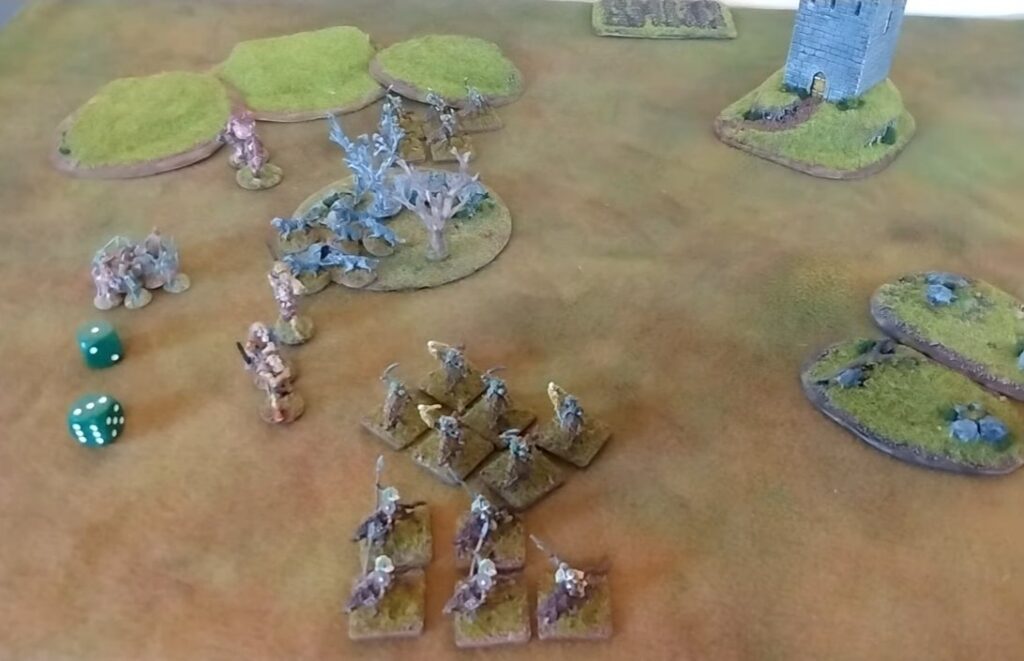 In this game the goblins had less difficult ground to deal with, and they made better use of it.  Lesser warbeasts such as the wolves in the center deal rather well with the giants.  They made a decent attempt at drawing the giants into the woods, anyway. 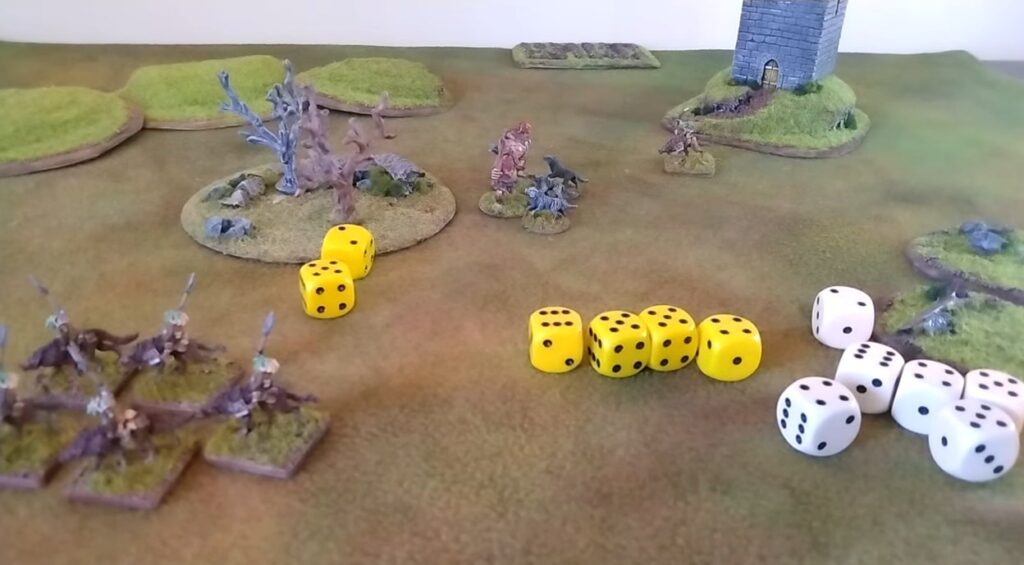 They did get driven back, but you’re looking at a pretty decent trade, all things considered.