The last time we looked at Dragon Rampant, we looked at how NOT to use Light Riders. Specifically, we learned that their speed was negated by heavily terrain laden tables. Today we check the null hypothesis, and throw them against the same foes, but this time with no mission other than slaughter and a lot less heavy terrain to worry about. It’s worth noting that in both cases, the goblins have two units that thrive in terrain, the Greater and Lesser Warbeasts, who play spoilers for the main thrust of three Light Riders.

In this fight the only two units on the board at the start are the Generals, but thanks to some synchronicity on the die rlls, both had the Goader ability. That helped get everybody onto the table fast. The goblins showed an even front at first… 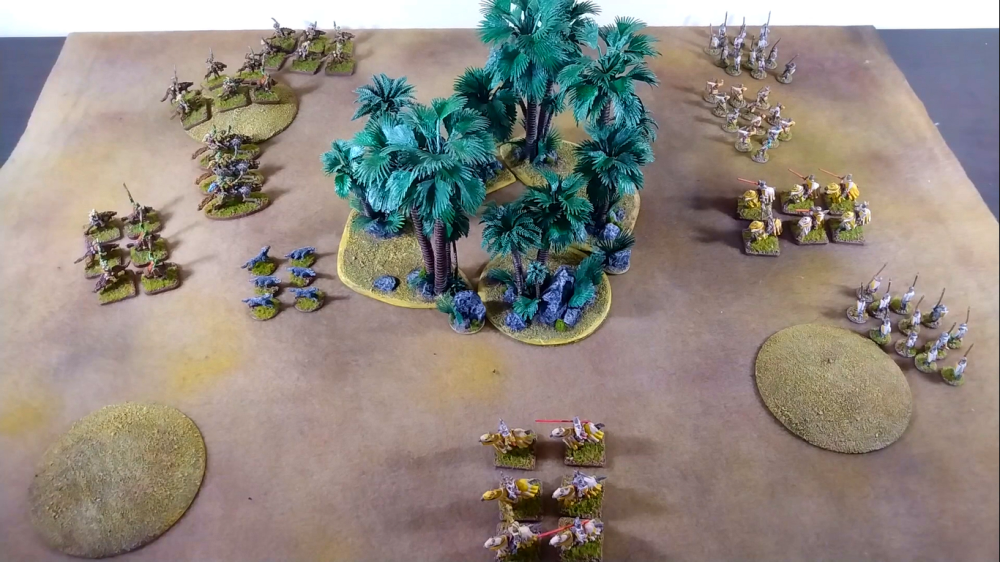 But were able to shift their forces to a strong left advance, with only the disposable Lesser Warbeasts to guard the refused right flank against a lumbering Elite Rider charge. 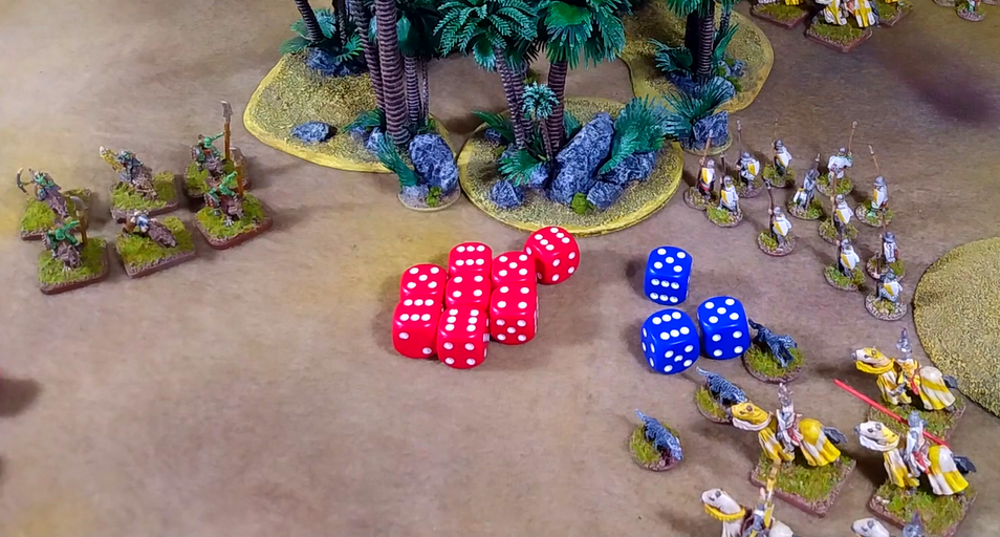 The Lesser Warbeasts tried to hug the rough terrain, to some effect, but that Wild Charge meant they quickly abandoned a superior position in favor of horseflesh for lunch.  Fighting on the offensive versus fighting defensively in the brush was a wash, though, and they did some good work on a tough nut to crack. 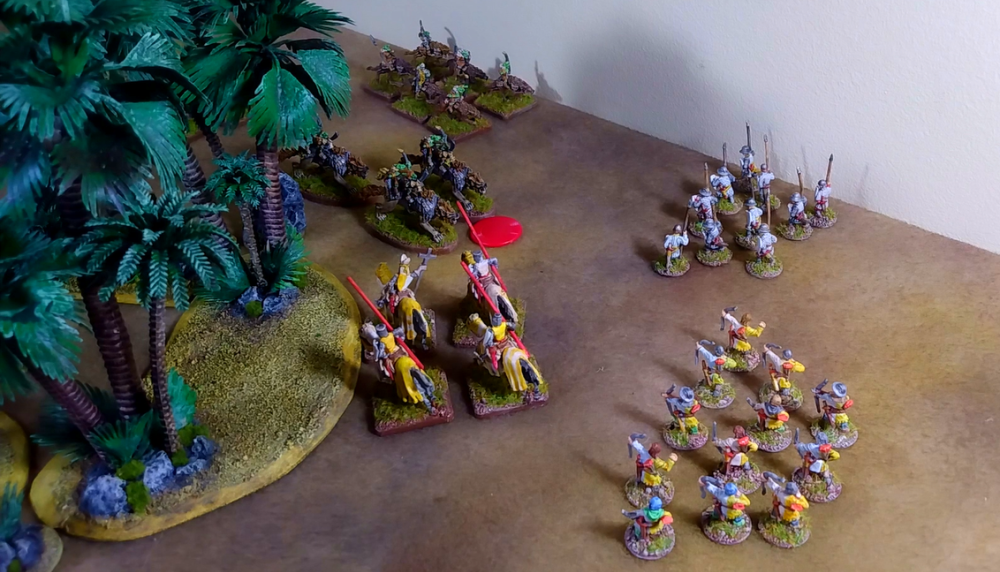 On that left flank, the goblin leader tried to hold off his counterpart, with a slight assist from one of the Light Riders but was slowly ground down in a savage back and forth swirling melee.

Meanwhile, the Light Riders, safe behind the chief, could pick off those spearmen with impunity.  Evade kept them away from the pointy sticks, and shooting actions pciked off the infantry.  After driving them off, the Light Riders could focus their efforts on the even lesser armored shooters behind. 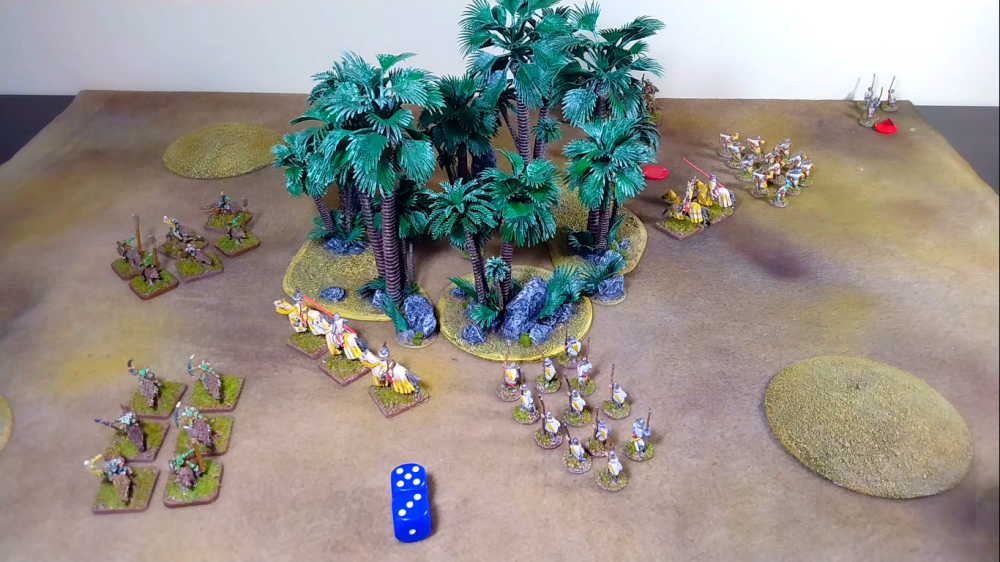 Meanwhile, the Light Riders were able to complete a shift back to the right flank, to finish off the Elite Rider.  This took a few turns, but it was accomplished via repeated Evade actions and plinking away at range.  You need to roll four sixes on 12d6 to score one hit, a daunting prospect, but one that grinds away at those Elite Riders over time.  Particularly with a second unit nearby to carry out shoot orders that hit on fives.  Scoring four hits of five or better on 12d6 is an average result, and if you have time and space, you can make it happen. 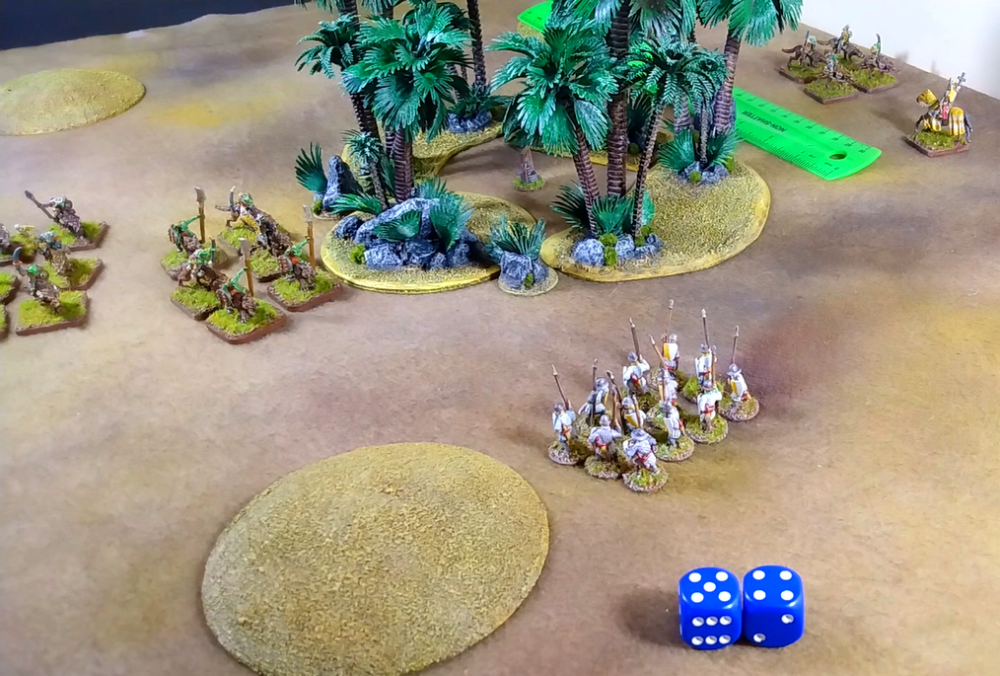 And here you can see where teh Bromans conceded.  That lone Elite Rider, King Broman himself, couldn’t hope to stand up against three units of Light Riders, and the spearmen had no chance of even closing with the Light Riders for melee.

Which proved the point.  Given plenty of space and a patient player, Light Riders have the flexibility to be very dangerous.  Just don’t fail an Evade check, or they will crumble.