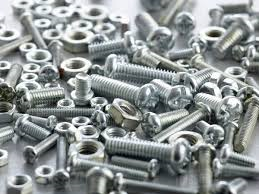 It turns out that rebuilding an sf/f publishing civilization from the ruins left behind by the Boomer generation requires a lot of effort on a lot of different fronts.  The one that we upstarts in the publishing world seek to rebuild is a complex civilization, and carving our own pale imitation of it out of the wilderness of modern publishing takes a lot of work.

The efforts of these fine gentlemen have been supplemented by a host of others too numerous to name here.  We all engage in the day to day vivisection of Hollywood’s bumbling attempts to combine political action with entertainment that resonates, and cheer along with renegade publishing success stories like Nick Cole and Gardner Fox.

And yet, there’s one aspect of this thing of ours that has gone unheralded for too long, and that’s the nuts and bolts of stringing words together in a conscious way.  The technical side of writing might be the least glamorous aspect of rebuilding an sf/f civilization worth living in, but it might also be the most important.

If we’re going to compete on what passes for an open market these days, we’ve got to do better.  And when it comes to building a better writer, no one has done better work than Xavier Lastra.  A solid writer in his own right, Emperor Ponders regularly drops detailed blog posts delving into the mysteries of lost methods of writing that are as fun to read as they are informative.  Take a quick scroll through his posts and you’ll see what I mean:

The act of speaking, as well as other auxilliary descriptions (like the speech tone) are placed before the things being said. It makes sense, really, because first you describe the action (he spoke and how) then the result. Unfortunately, for whatever reason, this style has fallen out of fashion and now forward dialogue tags are literary unicorns. They have been replaced by dialogue tags written after or, with increasing frequency, in the middle of the speech.”

Latching a narrator onto a single POV has many unintended consequences, and these are unfortunately invisible until they explode in your face, so one can read (or write) texts that should be, in theory, bristling with excitement but, in reality, are dull and shallow.

I’ll show you a trick to help you with indirect characterization. Well, actually, I will tell you why you shouldn’t do that — or not as much as is common nowadays.

But that’s old news.  Recently, a new challenger has arisen in the form of Real Paul Lucas.  His recent summary review of Cirsova – a single post covering two weeks worth of my own blog-fodder reviews – veers off into a technical writing tutorial that anyone working to string words together to elicit an emotional reaction should read.  Scroll down to his review of The Idol in the Sewers by Kenneth R. Gower and you’ll find this:

Everything in the story is told at a remove, through slightly abstracted descriptions. The story telling concentrates on the things within the story or on the attributes of the characters, and not so much the characters themselves.  It’s hard for me to explain without going into a little detail, so here’s the first sentence of the story.

The first ‘character’ in the story isn’t Kral Mazan, but the sewer. It has a stench. To use the jargon, the sewer is the subject (the doer), Kral Mazan is the object (the recipient of the action).

And then keep reading.  And then think about what he says when you sit down to the keyboard.  Everybody knows that the passive voice leads to weak writing.  Like a good lover, prose should not just lay there flat – it should actively participate in the story.  No one wants to read about things that simply exist, they want to read about things that act, that strive, that pursue aims and goals, that drive a story forward.  It looks to me like Mr. Gowers has avoided the dreaded passive voice trap by finding objects that can act.  A stench threatens.  A torch burns.  A rat scurries.  All of these provide motion and deliberate action, but none of them draw the reader’s eye toward the protagonist.  That’s a problem.  And calling our attention to that problem allows us to avoid falling into the same snare.

That’s solid writing advice, and I for one appreciate Mr. Lucas taking the time to share it with us.  We need to do more of this.  The kind of growth that arises from these discussions are vital in rebuilding what we have lost.

Go forth and do likewise.